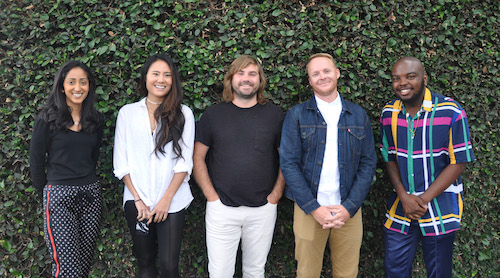 Peter Williams joins the agency as executive producer across various accounts, with a focus on social content. Over the course of his career, Williams has held positions at TBWA\Chiat\Day and 72andSunnya and worked with brands including Visa, Starbucks and Gatorade.

Sarah Yu arrives as senior art director from Anomaly, where she served as art director. Over the course of her career she has worked with brands including Budweiser, Panera Bread, Campbell’s, KitKat, Reese’s and on a recent NBC Winter Olympics campaign.

Hoyt Dwyer joins as senior copywriter, working across all brands. He arrives at BBH as a veteran of Ogilvy, Publicis and JWT.

“It’s incredibly exciting to bring in this level of talent,” Hilder said in a statement. “Hires like Peter, Sarah and Hoyt immediately up the quality and craft of our ideas.”

Trina Sethi joins BBH from Team One as account director and will initially focus on day-to-day operations of the agency’s Google projects while reporting to BBH L.A. head of account management Tom Murphy.

“Trina has a track record of creating an environment where great work can flourish,” Murphy said in a statement. “We look forward to having her clarity of thought, leadership and cool head on our team.”

Strategist Sta’sean Ridley joins the agency from Zambezi, where he worked on brands including Nike, Bravo, Samsung and Ultimate Software. At BBH, he will focus on cultural influence strategy across a number of brands and head of strategy Agathe Guerrier.

“Sta’sean, a VCU Brandcenter graduate, joins BBH LA from Zambezi. Sta’sean has already had the opportunity to work on entertainment brands such as Bravo, but crucially, he brings a real passion for popular culture and creativity,” Guerrier said in a statement. “Sta’sean will help make the agency evermore connected by baking greater cultural insight into our ideas as well as our executions,” says Guerrier.”