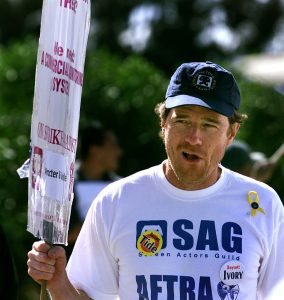 Just over two weeks after BBH formally announced to the production community that it would no longer be a signatory to the SAG-AFTRA union’s commercials contract, the organization’s board voted unanimously to call a strike against the agency.

BBH, however, saw this coming and believes it will weather the storm. (The official threat of a strike came in August.)

“Members have been instructed to not accept any work for BBH, which is illegally attempting to abandon its union contract with SAG-AFTRA,” read the release posted on the organization’s website and social media accounts and sent to media outlets yesterday.

SAG-AFTRA members have been instructed to not accept any work for Bartle Bogle Hegarty LLC @BBHblacksheep, which is illegally attempting to abandon its union contract with SAG-AFTRA #StrikeBBH https://t.co/TXVo1KUP1n pic.twitter.com/RLmJIjPSsZ

The statement continued, noting that BBH had been a signatory since 1999 and that other Publicis shops—specifically Leo Burnett and Saatchi & Saatchi—remain in good standing with the union.

“The integrity of good business is based upon parties adhering to their mutual contracts. BBH’s decision to abandon their commitment and responsibilities to our collective bargaining agreement by shooting non-union is not only unethical, it undermines a working actor’s right to fair wages, health care and on-set safety,” wrote SAG-AFTRA president Gabrielle Carteris.

National executive director David White added, “This strike will deny BBH access to our talented actors who perform in commercials.”

The specifics effects of the strike are unclear at this time, since BBH has long worked with non-union talent.

“We do not expect the strike to have any noticeable impact on our company or any ongoing client work, especially as we have been a non-signatory to the SAG-AFTRA contract since November 2017,” said an agency spokesperson. “BBH remains focused on delivering high quality and innovative work to our clients. We also continue to value highly the creative talent we work with and remain committed to fair wages and working conditions.”

You may note that the date given in that statement is nearly a year ago. While BBH declined to elaborate beyond the quote, a party close to the matter said the agency did indeed serve notice to SAG-AFTRA late last year, at which point the union disputed the legality of its decision to exit the contract.

The organization, however, has not yet attempted to challenge the move in court.

BBH reportedly decided to go public with the announcement this month when it became clear there would be no resolution to the standoff.

It’s also worth noting that many agencies, especially newer, more digitally-focused shops that came to live around the turn of the century or later, were never union signatories. Examples include 72andSunny, 360i, Anomaly, R/GA and, of course, Droga5.

We have reached out to SAG-AFTRA for additional information and will update this post if and when they respond.