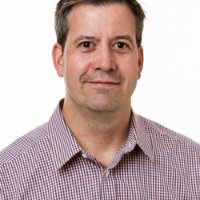 Jim Reath, a marketing veteran who most recently worked as EVP and head of retail at BBDO New York, left the agency world last month to accept a job as SVP of marketing at retail giant Macy’s. He led the Lowe’s account at the Omnicom network.

Reath has spent nearly two decades on the accounts side of the agency world, serving as SVP at Leo Burnett and CMO at Y&R in Chicago before heading south for a stint at McKinney, where he also became a partner.

He joins Macy’s at a challenging time for the retail giant. Like most of its industry, it has struggled to reach revenue goals while closing stores and shifting its focus to exclusive, “margin-rich” product lines. At least one former retail executive recently suggested that more closings are needed.

Lowe’s has also been through quite a few internal changes of its own lately. The chain unexpectedly promoted SVP of merchandising Jocelyn Wong to CMO in the middle of the review, which ended in February with the $370 million account going to Publicis after a decade with Omnicom. BBDO and OMD initially won the business in a joint 2005 review.

These moves, however, do not seem to have affected its relationship with BBDO. Last month, a company spokesperson wrote, “Our focus is working with BBDO and Starcom to help ensure a smooth transition of our media from OMD. We are pleased with the progress so far.”

Today an agency spokesperson confirmed Reath’s departure, stating that BBDO has no plans to hire a replacement but will instead promote from within. It is not clear at this time who will get the nod.

Macy’s representatives have not yet responded to queries regarding the new hire.