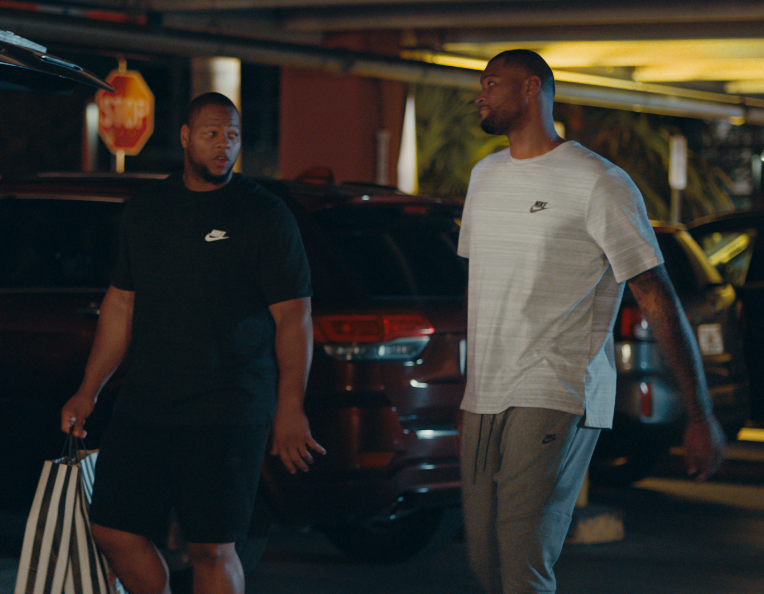 DeMarcus Cousins and Ndamukong Suh know what you think about them. Apparently they are known to be “bad boys” among those who watch the football and the basketball, and these perceptions threaten to eclipse their skills on the field of sport.

In BBDO New York’s latest ad for Foot Locker, the two make light of these negative impressions by doing the wrong thing and kicking someone while he’s down.

They also make sure not to extend a helping hand to any needy grandmas.

We like how they got the brand plug out of the way immediately so they could spend more time on being self-centered celebrities.

Take it away, press release:

“Just like on the field in the NFL, you’ll see in this commercial I don’t have ‘bad guy’ intentions,” said Suh, jokingly.

Cousins nodded in agreement, adding, “A few fouls or techs later and there’s a whole narrative laying out your reputation. Making light of these competitive ‘mishaps’ with Foot Locker and Ndamukong was a lot of fun.”

Did he really nod in agreement, though? And what was the setting for that casual conversation?

The real question, though: was the “BLM” on that license plate intentional? YouTube needs to know!!