NEXT:Laundry Service Hires New Creative Director Away From BBDO N.Y.
PREVIOUS:Did We Need an Agency to Create a 'MadLibs' Version of the Mueller Report? 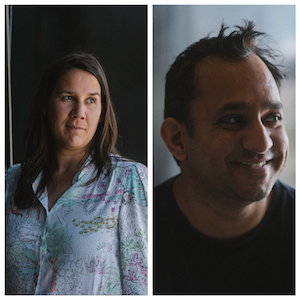 “Our shop is very much ‘all systems go’ right now in terms of creative output,” Baldwin said in a statement. “Every account is very active and lot’s of new stuff coming in, so Emily and Adil couldn’t get here soon enough.”

Watson joins Baldwin& from the Winston-Salem office of MullenLowe, where she spent the past two years, most recently serving as associate creative director. At MullenLowe, she helped launch the agency’s “Fight Gunfire With Fire,” a network created in collaboration with The One Club to connect student activists with advertising professionals.

In November, the group teamed up with Change The Ref, a gun reform organization started by the parents of a Marjory Stoneman Douglas High School shooting victim to  transform “Fearless Girl” into “#FearfulGirl” with the placement of a  bulletproof vest. Watson has previously served in art director roles at GSD&M and Hauser Group and worked with clients including AARP, AT&T, BMW, United Health Group, Cheerwine and Georgia National Gas. Watson is not the first advertising professional in her family, as her great grandfather was an art director at JWT in the 1940s.

Hussain joins Baldwin& from EP+Co, where he spent nearly three years as a copywriter and then senior copywriter and worked on the agency’s “Stylish on the outside. Savage on the inside” campaign for Lenovo. He previously worked a copywriter for Barkley. Over the course of his career, he has worked with brands including Denny’s, Lowe’s, 20th Century Fox, Tempur Pedic, Spirit Airlines, Missouri Lottery, The UPS Store, Strayer University and Whoppers.