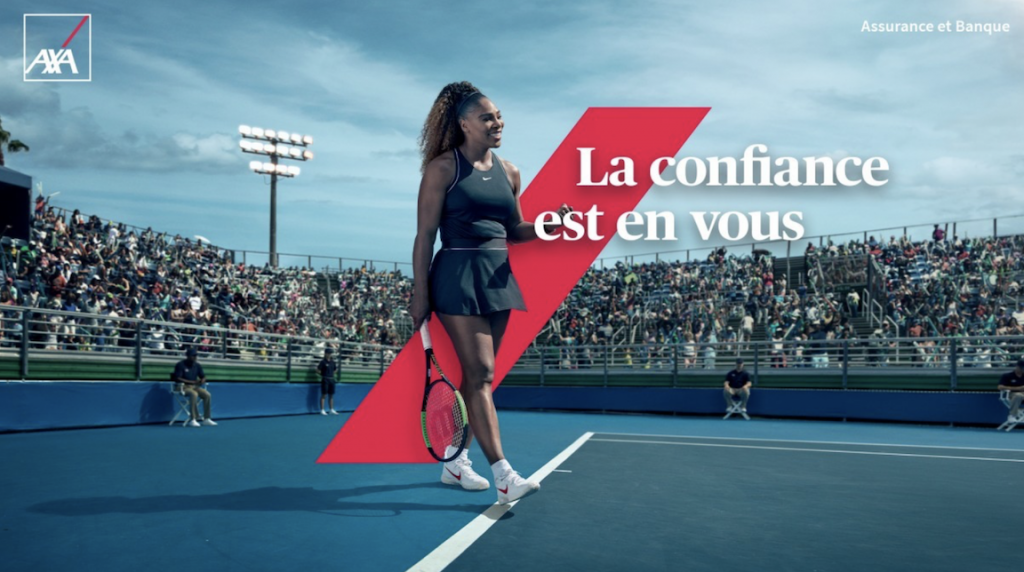 Paris-based AXA Group, provider of auto, home, life, property-casualty and other types of insurance, recently launched a review for its creative and media business in the United States, according to a source with direct knowledge of the matter.

The review comes several months after the company unveiled its new tagline, “Know You Can,” which will roll out across markets throughout this year. That work, which the release says embodied “success and self-belief” and “symbolize[d] AXA’s values and ambition,” featured a hero spot by global creative AOR Publicis Conseil starring Serena Williams (below).

The client has worked with Publicis creative agencies since splitting with Fallon in 2013. Its former AOR was Kitcatt Nohr Alexander Shaw, the once-independent shop that successfully sued Publicis Groupe in 2017 for misleading its leadership about “a failing relationship with P&G” at the time it was acquired in 2011.

Havas has been Axa’s global media agency of record since 2009; the client also reviewed its digital, below the line and PR business early last year.

At this time it is unclear which agencies are competing for the U.S. business, but the review appears to be in its later stages as our source says some shops have already been dismissed from the creative competition.

Axa’s press team has not responded to emails seeking comment.

According to Kantar Media, Axa spent just under $3 million on paid media in the U.S. last year and $3.5 million in 2017. Global spend has been estimated at approximately $150 million.

The strategy behind the review is not clear, nor are the reasons the company chose to run a separate competition for its stateside business.

As noted, Publicis Conseil created the ad below, which launched the new “Know You Can” global positioning globally in February.