Protests are all the rage, but they rarely include anthropomorphic “furry” costumes. A recent incident in Austria was different.

Earlier this year, the country implemented a law called “Prohibition for the Covering of the Face,” colloquially known as the “burqa ban.”

If that sounds a bit weird, consider that Austrians came close to electing a far-right presidential candidate last year. The government later insisted on passing the ban even though it will only affect the estimated 0.03% percent of Austrian Muslim women who choose to cover their faces in public, or a grand total approximately 150 citizens.

Lots of Austrians were not too happy about it, and Vienna-based agency Warda Network decided to make a very public point about how ridiculous this law is … by dressing some dude up as a shark.

Here’s an image from the agency’s own Facebook page. 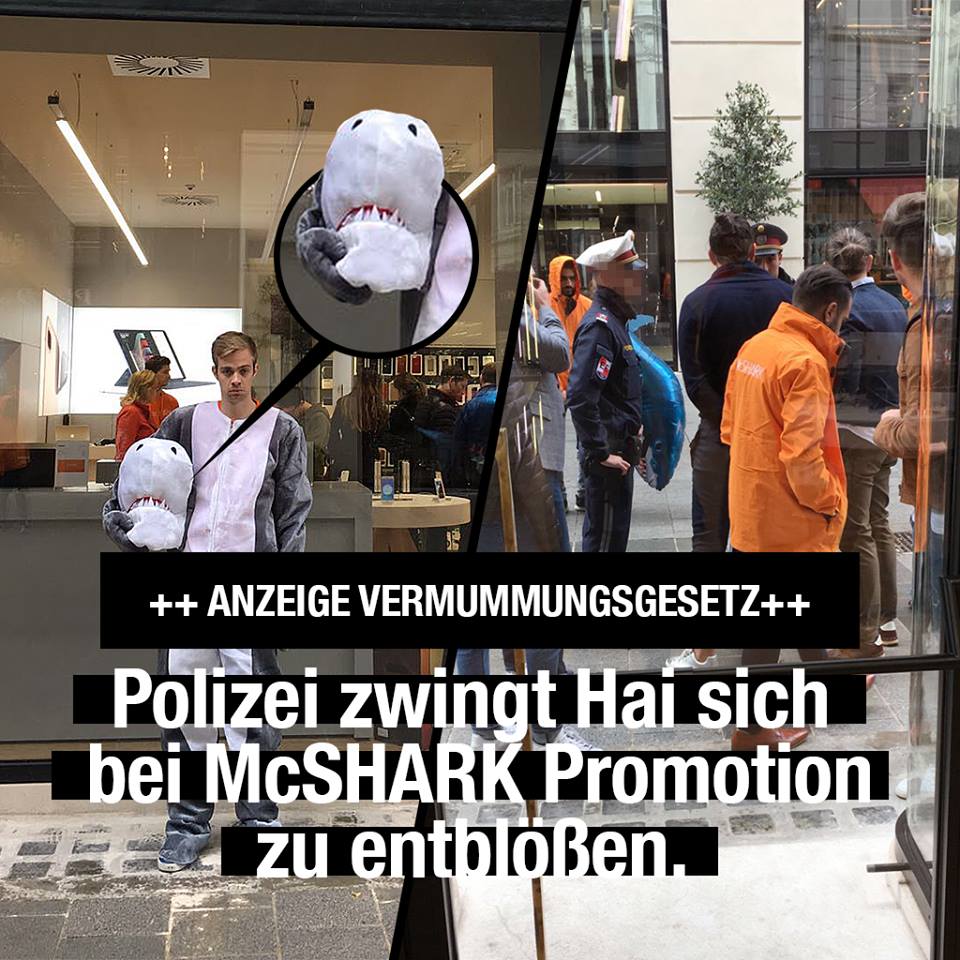 Why a shark? Turns out this was both a social statement and a stunt to help promote client McShark, which operates a chain of electronics retail stores.

A Warda spokesperson calls it “a simple but effective strategy to expose the absurdity of the new law while at the same time us[ing] the gained attention” to score media coverage for McShark.

“At the opening of the new McShark Store an employee was dressed up as a shark to dance on the street and animate pedestrians to enter the store,” the rep said. 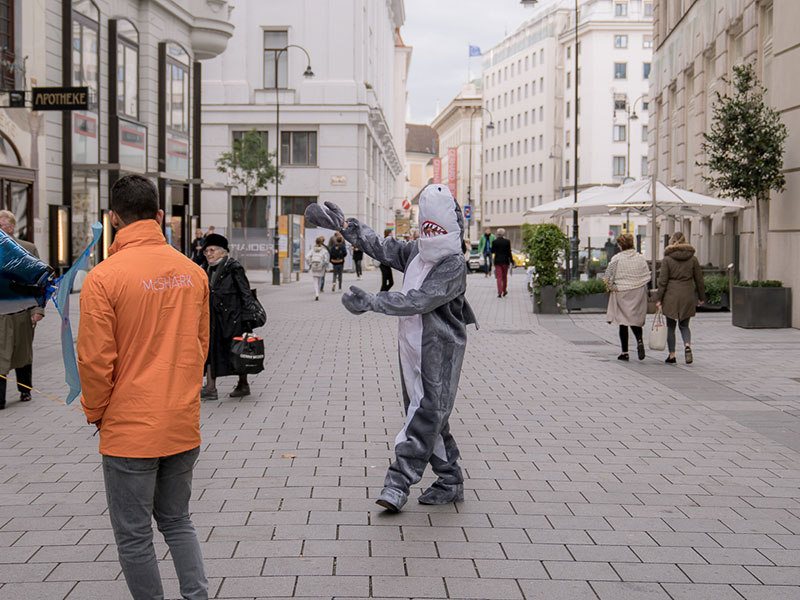 Someone called the cops, and three officers quickly arrived to tell the man to remove his shark mask. He refused to do so and was subsequently fined.

According to Al-Jazeera, the Vienna police later issued a statement on Twitter indicating that they are tasked with enforcing the law that one James Anderson did indeed violate.

“Generally, it is allowed to wear disguises or covering for artistic, cultural or traditional events, as well as for professional practice,” the statement read. “This particular case is currently being examined within the framework of administrative penal proceedings.”

Creative director Jakob Kattner later told the Washington Post that the agency would not appeal the fine, acknowledging that Shark Man had violated the law and adding, “He was dressed as a stuffed animal and not as a terrorist.”

It’s not clear whether Anderson, who lives in Dublin, is a Warda employee … or whether the agency called police to ensure the success of its own stunt.

We also find it kind of amusing that reports about the incident can’t seem to decide whether Warda is a PR firm or a creative shop. It’s pretty clear what they’re good at, though.