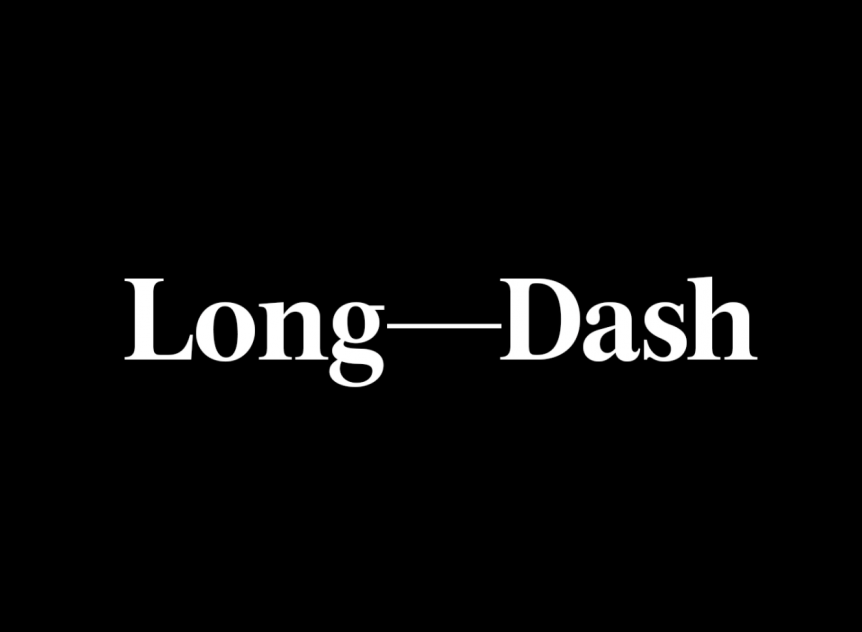 If you’re interested in media companies’ in-house agencies, the growth of the creative consultancy approach, or grammar-based brand positioning decisions, we have some very exciting news for you today.

Atlantic 57, the in-house agency founded by The Atlantic, is relaunching as Long Dash, a creative consultancy that brings a journalistic approach to its work. The relaunch spins off the agency from The Atlantic and lets it pursue growth beyond the former parent publication. The new name and brand identity alludes to Long Dash’s journalistic roots and its aim to help companies achieve both short-term disruption and long-term endurance, according to a statement by the agency.

“Our new name represents versatility, a pause or centering between ideas and expressions, Long Dash CEO Kate Watts said in a statement. “The em dash is both beloved and controversial, challenging conventional rules. ‘Long Dash’ also speaks to both the long view and endurance as well as the dash to stay ahead of the market and of consumer behavior. Unquestionably, our new name supports our vision.”

Long Dash is now an independent business from The Atlantic, which is majority owned by Emerson Collective, though the two brands will remain preferred partners. The operational separation of the two brands allows Long Dash to scale more rapidly.

“Long Dash launches at a time when brands are grappling with what it means to provide value and meaning to their audiences. Under the strong leadership of Kate Watts, Long Dash is poised to thrive as an independent company,” Peter Lattman, managing director of Emerson Collective and vice chair of The Atlantic, said in a statement.

According to a statement from Long Dash, the creative consultancy takes a journalistic approach to its work utilizing a mix of investigative rigor and story-driven thinking. The new positioning will be reflected in the full suite of creative and consulting capabilities, from brand strategy to editorial, creative, design, digital product and marketing. The logo incorporates an em dash separating the two words in the name.

The rebrand and separation follows a year of growth for Long Dash, during which it stated it experienced a 30% increase in revenue. Long Dash’s client base includes brands including Allstate, Google, Lumina Foundation, Salesforce, the Southern Poverty Law Center and a number of large B2B consultancies.

The Atlantic laid off 17% of its staff last year, a few months into the pandemic, though it added nearly 90,000 new subscribers during the first several months of lockdown.