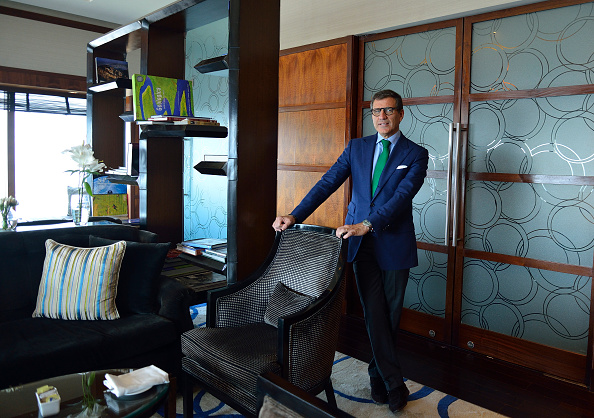 The latest documents filed last week by the parties’ respective law firms concern requests for Johnson to quantify the damages inflicted on her by Martinez, WPP and JWT. They include emotional distress, lost wages and “reputational harm” due to defendants’ attempts to “smear” her. In terms of the latter demand, Wilson Elser Moskowitz Edelman & Dicker (which represents Martinez) wants concrete proof that the case has made it more difficult for her to find another job.

“As the Court’s Order noted, plaintiff’s alternate job opportunities are highly relevant to her … damages,” they wrote, arguing that any job offers she may have received negate claims that the case has damaged her career, whether she responded to them or not.

The Martinez team says it’s not satisfied with Johnson’s W-2 forms and email history as “bases for her damages,” arguing that she is attempting to avoid getting specific about how much the experience of working under Martinez affected her in monetary terms by not requesting a specific amount in compensation for the experience.

“‘Garden variety’ emotional distress,” they argue, is not a strong enough argument for a significant settlement.

To an untrained eye, these sentences read like pre-negotiations regarding the total that might be awarded by a jury … or an attempt to convince Johnson to agree to a smaller settlement before this mess ever goes to trial.

That said, Martinez has requested the ability to “independently conduct his own deposition of plaintiff vis-a-vis her cliams against him” for at least 14 hours in a presumed attempt to chip away at her case. This is in keeping with his lawyers’ argument that the cases against him and WPP/JWT are separate legal matters (though WPP’s law firm Davis & Gilbert has also argued that it needs more time to question Johnson).

On the other side, Johnson’s lawyers at Vladeck, Raskin & Clark have been asking for more information about Martinez’s current compensation, and this request stems from the now-public knowledge that he still works for WPP in some unspecified capacity in Spain. They’ve also insisted that he return to the U.S. for continued deposition—and his lawyers are attempting to deny both requests.

In what may be one of the more significant developments in recent weeks, the firm behind Martinez strongly counters the Johnson team’s contention that, by continuing to employ him, WPP has effectively failed to discourage the behavior of which he’s been accused—namely, sexual harassment.

“[Johnson’s] argument that Defendant Martinez’s continued compensation evidences [WPP’s] failure to remediate or prevent sexual harassment is baseless,” the filing reads, because he “ended his employment with JWT … and left the country.” They also dispute the argument that Martinez cannot be considered an unbiased witness due to his continued employment with WPP, which they say is on an “ad hoc” basis.

So essentially, they’re saying that his resignation negates the fact that WPP continues to pay him and also absolves them of any responsibility for not taking action against him in the first place. The document also notes that Martinez decided to leave JWT “following his discussions with Sir Martin Sorrell when this litigation was filed” and states that he’s not making as much money as he used to despite being “paid the same base rate,” because he’s no longer getting bonuses.

In new papers filed last Friday, Johnson’s team argued that WPP and JWT are going out of their way to slow the case down, refusing to make Sorrell available for a full deposition because he is “too important and busy” and scheduling HR lead Laura Agostini’s deposition on an “inconvenient” day (last Wednesday) before cancelling her session “with virtually no notice” because their own legal counsel “decided to take the day off.”

The document also argues that Sorrell’s team is attempting to get around the understood rule that all parties must be subject to seven hours of deposition by “refus[ing] to produce him” even after he “agreed without hesitation to continue at a later date.”

Interestingly, WPP has also subpoenaed four parties: Johnson’s husband; her “potential employer” TBWA; the company that attempted to recruit her (MediaLink); and former JWT New York chief creative officer Jeff Benjamin, who is now with Barton F. Graf. They will attempt to use each of these parties to downplay the seriousness of her experience.

Two key points stand out to us. First, Martinez’s lawyers argue that Johnson’s claims are invalid, or at least less valid, if she can’t put a specific dollar value on the harassment she allegedly went through while working under him. Second, both Martinez and WPP argue that he’s already suffered enough.

It seems fairly clear that the defendants’ larger legal strategy consists of drawing this process out as much as possible in the presumed hope that a frustrated Johnson team will settle for the smallest settlement … or no settlement at all.

Whatever its outcome, the story will long serve as a case study in why so many employees hesitate to come forward with complaints about their superiors.