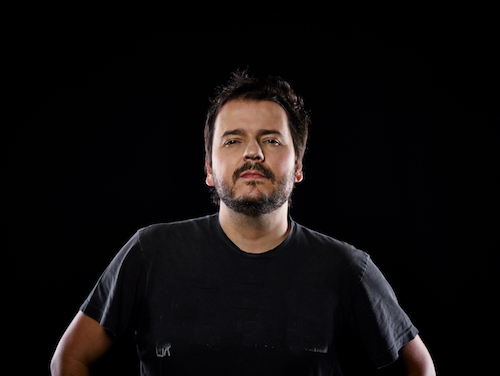 Geraldo arrives at the agency from We Are Unlimited, Omnicom’s dedicated McDonald’s unit, where he also served as executive creative director.

“Working for McDonald’s – a brand intrinsically linked to American culture, with such a broad range of audiences – is fascinating, especially for a foreign creative,” Geraldo told AgencySpy via email. “It was a period of intense learning, especially about all of McDonald’s audiences and their needs, in a U.S. market that reacts to the work (and lets you actually see clear business results), almost in real time.”

“Max has a unique ability to think unconventionally and meet challenges with a fresh perspective, which is exactly how we approach creative opportunities at Arnold,” Arnold chief creative officer  Icaro Doria said in a statement. “He brings impressive international and brand experience to the agency and will play a critical role in shaping culturally resonant ideas for our clients and helping to evolve our creative product.”

“Arnold has a modern and forward-thinking operation where creatives of many different backgrounds work together to make things happen. This “maker” culture has always resonated with me. And although I realize calling oneself “maker” has become a common term, in reality very few people actually are,” Geraldo told AgencySpy. “At Arnold, our structure is built around this philosophy. It is the way the machine naturally operates. Ideas, when they are born, need people who believe in them. Arnold is full of those people.”

He added that Doria “has this amazing ability to create great work wherever he is. I deeply identify with his vision: that creativity is a part of our craft that is quite simply non-negotiable. This vision makes all the difference.”

Geraldo’s hire follows the arrival of executive creative director Fred Saldanha in March, Doria’s first key creative hire since joining Arnold as CCO last August. Arnold ended last year with a round of layoffs across its New York and Boston offices and has seen a series of shakeups over the course of the last year and a half. Arnold global CCO Jim Elliott stepped down in March of 2017. More recently, global CEO Pam Hamlin announced her impending departure this past April, along with managing partner, chief financial officer, global director of operations Scott Feyler.