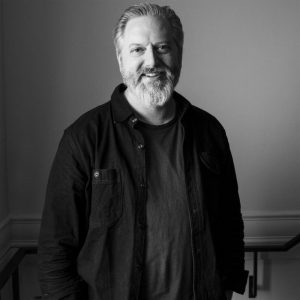 Drawbaugh will be responsible for overseeing integrated production at Argonaut and serving as a member of the agency’s management team. He will report directly to founder and CCO Hunter Hindman.

He arrives at the agency following several years as a freelance executive producer with agencies including Arnold, R/GA and Wieden + Kennedy. Prior to going freelance, he spent less than a year as evp, director of integrated production for Arnold, working with clients including Carnival Cruise, CenturyLink, Jack Daniel’s, Hershey, Ocean Spray and Progressive. Before that he spent around a year and a half as head of production at DDB San Francisco working with the likes of Clorox, ConAgra and Qualcomm, following nearly a year at MullenLowe’s Los Angeles office as svp, director of integrated production, working with clients such as Acura, Honda and Patrón.

Earlier in his career he worked with Hindman during a seven-and-a-half-year stint at Goodby, Silverstein & Partners, including four and a half years as senior producer. During his time at GS&P, he worked with brands such as Cheetos, Chevrolet, Comcast, Denny’s, eBay, Hewlett-Packard, Sprint and Tostitos. He left the agency in early 2012 to spend a little over two years as svp, head of production at FCB West, working on accounts like Air New Zealand, Dockers, Electronic Arts, Ghirardelli, Levi’s and Trulia.

“We are very excited about the strides we’re making at attracting some of the most dynamic, senior talent in the industry and Jon is a perfect example of this,” Hindman said in a statement. “I’ve made some of the most breakthrough and effective work of my career with Jon and am looking forward to the knowledge and inspiration he will bring to our production department.”

“Argonaut already has a great production team in place—now it’s time to grow, push the envelope creatively and take the work to the next level. I’m looking forward to shepherding this department as the agency enters its next chapter,” added Drawbaugh. “Plus, I had the good fortune of working with Hunter at Goodby, so the opportunity to work with him again was a no-brainer.”

To round out the production team, the agency also hired executive producer Jim Vaughan, a veteran of Arnold, The Cabinet, GS&P and Misfit Workshop. It also added freelancer Jeremy Kaller, who has worked across Argonaut’s Cricket, Dodge and MetLife accounts over the last three years as a full-time senior video editor.

Drawbaugh’s arrival is the latest in a series of leadership changes at Argoanut. The agency recently hired Chad Leitz from San Francisco creative consultancy Eleven as group creative director and Jordan Wood and Michael Ton from Havas and Publicis as group brand directors. The new arrivals follow the departure in March of Argonaut CEO Robert Riccardi and chief strategy officer Max Heilbron, around a year after the agency parted ways with co-founder and CCO Rick Condos.