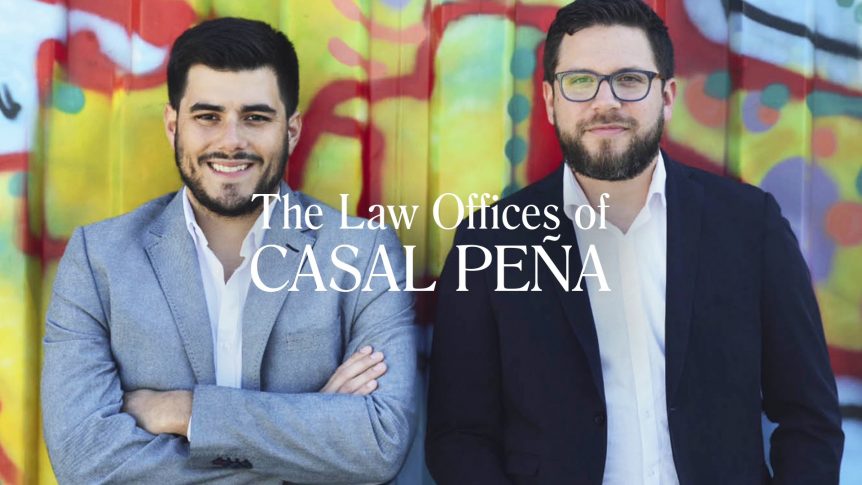 Creatives do all kinds of things to get the attention of agencies they want to work for. Typically, the more outlandish, the better.

We recently were sent a project that was created to attract the attention of Ricardo Casal and Juan Javier Peña Plaza, who joined Gut last year as ecds. While it’s no R/GA tattoo, we still think it’s pretty clever.

Sergei and Facu (their last names remain a mystery) are a self-described “Russian-Colombian duo based out of Miami Ad School Berlin.” The two are Gut fanboys, so much so that they’ve consumed enough interviews with Peña Plaza and Casal to know that they “are always talking in interviews about ideas not being good enough unless a lawyer needs to get involved.” Indeed, Peña Plaza did tell Adweek in 2018 that he and Casal “spend more time talking to our lawyers than talking to our wives and girlfriends.” Weird flex, but ok.

The student pair claim that they recently noticed that Peña Plaza and Casal’s portfolio link had expired, so they jumped on the opportunity to create a faux site that positions the former David creatives as lawyers who can help agencies craft great ideas AND stay within the confines the law.

“At the law offices of Casal Peña, we believe that great ideas aren’t just worth fighting for. They’re worth litigating for,” the site’s copy reads. “That’s why we are looking to do legal work on behalf of clients seeking to execute risky ideas. No, not advertising work. Legal work. Wanted to make sure we were clear about that.”

There’s no word on whether Peña Plaza and Casal have seen the site yet. Maybe a little press coverage will help?

For their part, Sergei and Facu are offering to give the ecds the link to their site back in exchange for a job interview.