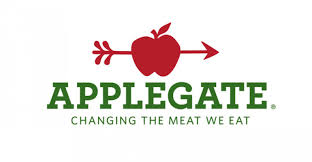 The natural and organic meat brand is a standalone subsidiary of Hormel Foods, which acquired Applegate in 2015. Applegate formerly worked with a number of agencies on creative. Media buying and planning duties were not up for review and remain with Swellshark.

Terri & Sandy will be tasked with creating a new strategic communications platform across all customer touchpoints and internal communications, as well as an integrated national campaign for Applegate, both expected to launch in early 2020.

“We were looking for breakthrough ideas with the potential to transform our business, and Terri & Sandy absolutely nailed the brief, so much so that we’re moving forward with the very campaign they presented in the pitch,” Applegate vp, brand strategy and innovation Nicole Glenn said in a statement. “We’re passionate about this partnership and eager to get the work out in Q1.”

The appointment reunites Applegate president John Ghingo with agency co-founders and co-CEOs Terri Meyer and Sandy Greenberg, who worked together on Oreo for years.

“In the midst of a very heated category filled with extreme voices, we love that Applegate has strong and meaningful point of view. It’s not only a great brand, but on a human level, their values align closely with ours—it’s a perfect match,” Greenberg said in a statement.

Applegate spent over $1.4 million on measured ad spending last year and $27,000 in the first six months of 2019, around half of what it spent over that period last year, according to Kantar Media.