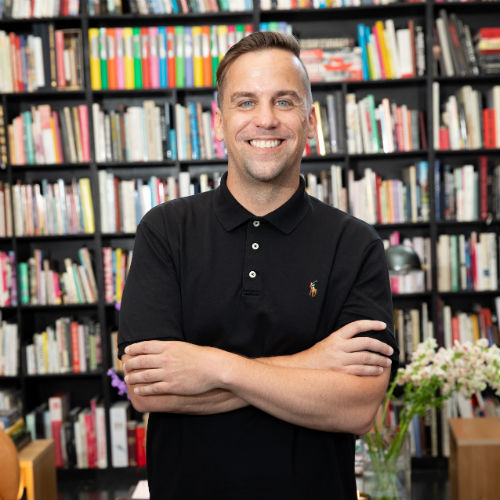 “Chandelier has been experiencing major growth and positive change over the course of the last year. With the expansion of our Los Angeles office, the value of an additional executive creative director has become clear,” Chandelier Creative founder Richard Christiansen said in a statement. “As we think about the future, we’ve been looking for a talent with a similar forward-focused vision, a compatible artistic sensibility, and, of course, a strong track record of prolific and beautiful achievement. We’ve all been impressed with Dave Clark for a long time. We couldn’t be more excited to bring him into the Chandelier family and look forward to collaborating and seeing how he helps us shape Chandelier’s bright future.”

“I don’t have this big stamp that I will bring and say: ‘This is the Dave Clark way that I like to do things.’ I’ll come, and I’ll watch, and I’ll listen to things with a great deal of empathy and understanding, and then start to shape and mold ways of working that will work on the legacy of the agency. I think bringing a little bit more rigor, a little bit more process of better creativity to put out into the world,” Clark said in a statement.

“I’ve been at this for 19 years now, my first job in advertising communications was in 1999. The business has changed so much. It used to be there were just a few things that you did: radio and television,” he added. “Now, you can do anything. Brand managers and people who own brands—you can do anything from an amazing party to a curated show to an ad to an Instagram post. And what I’ve seen is it’s created a lot of disruption in our business, but the brands don’t quite know what to do all the time.”

Clark said he thinks agencies are moving in the direction of becoming “brand stewards, who help clients navigate all the possibilities. The best brands will find more partnerships at companies. The word ‘agency’ will lose a little bit of meaning because studios and creative shops are all trying to find the right language. I think more nimble, quicker, smarter and adaptable teams will be the future.”