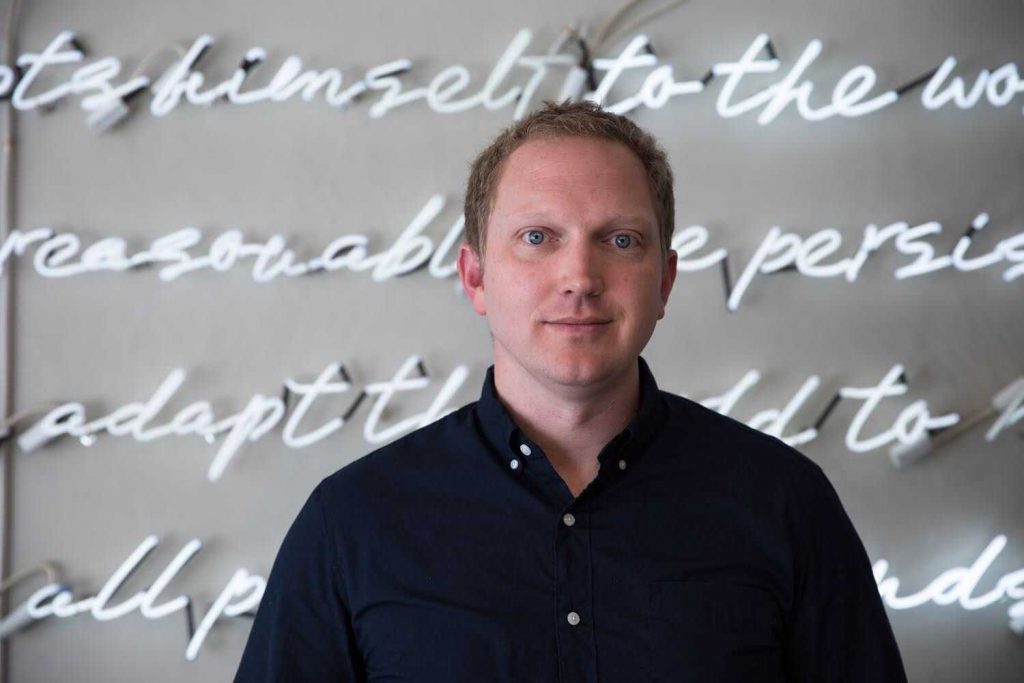 The West Coast offices of Anomaly added to its leadership ranks today by promoting CCO Josh Fell to partner.

Founding partner and global creative chief Mike Byrne described the newly-named executive as “pure Anomaly,” citing his “low ego, insatiable work ethic and an infectious creative energy that has L.A. firing on all cylinders,” or everything we’ve not come to expect from the agency world.

Fell now completes the leadership team that started with CSO Aisea Laungaue and CEO Jiah Choi, both of whom came aboard in 2016 as part of Anomaly’s westward expansion fueled by the Beats by Dre win. (That brand later began to take more of its work in-house, and Anomaly no longer counts Beats as a client.)

Fell joined the MDC Partners network in May after more than 6 years with 72andSunny, where he worked on campaigns for big clients such as adidas, Call of Duty and Carl’s Jr.

He helped lead the latter brand’s Carl Sr. campaign that saw it move away from years of bikini babes and “Speilburgers,” which inspired a rebuke (and plenty of earned media) from the director himself.

“He is in his element and leading a team that’s creating wildly unique campaigns,” said Choi of an office that has recently released campaigns for Facebook, Allbirds and Oculus Go while winning additional new business from the L.A. Rams and Dole Innovation.

Fell was previously an ACD at Deutsch and a copywriter at DDB.

“I have no idea how I tricked so many smart people into making such an absurd decision,” read his own appropriately self-effacing quote. “But I couldn’t be happier that they did. I’ve found a home in the Anomaly family. I’m honored they’re letting me stay.”