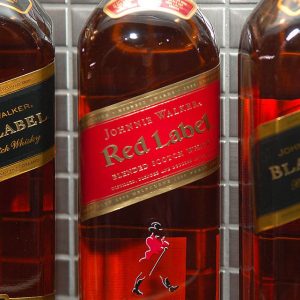 Beverage conglomerate Diageo has concluded a creative review by naming MDC Partners’ Anomaly as its global agency of record.

“We can confirm that we have extended our relationship with Anomaly, who will now be our global agency for Johnnie Walker as we continue to evolve this iconic global brand,” said a Diageo spokesperson.

This means 72andSunny will no longer work on the account, which had been run by its Amsterdam office. Sources did, however, confirm that 72 retained the Smirnoff business that also went into review late last year.

The client spokesperson added, “72andSunny is a valued Diageo agency partner and will continue to deliver work across other Diageo brands.”

Those brands include Smirnoff.

Parties with direct knowledge of the review said Anomaly’s competitors beyond 72 were Lucky Generals and Wieden + Kennedy Amsterdam. Another source also confirmed that Analog Folk is now working on digital projects for Johnnie Walker after R/GA declined to defend, though the brand does not have an official digital AOR at this time.

According to one person involved in the pitch, the review marked an attempt by Johnnie Walker to consolidate its global marketing strategy.

You already know that Diageo shocked many in the agency world by sending the global account to Anomaly in 2014 and ending its relationship with BBH, which developed the “Keep Walking” positioning the brand still uses today. While Anomaly has been U.S. AOR since then, 72andSunny won a pitch for the global work in late 2017. Here is one of the few ads that office produced, “The Walk,” from summer 2018.

72andSunny was never officially named global AOR, and its work did not air in the U.S., which is Diageo’s largest market by far. That said, this win marks a significant expansion of Anomaly’s remit.

Recent work by Anomaly includes the “Jane Walker” initiative, which was initially set to run in late 2016 but scrapped after Donald Trump’s surprise victory over Hillary Clinton in the U.S. presidential election.

In recent years, Diageo has worked with several MDC agencies on the Johnnie Walker brand, with Crispin Porter Bogusky leading the account in Brazil. That shop will continue to do so.

Representatives for Anomaly, 72andSunny, W+K and CPB deferred to the client. Lucky Generals did not immediately respond to requests for comment.

Consultancy R3 estimates Johnnie Walker’s global spend per year at around $80 million. Comvergence has Diageo spending $16 million to promote the brand in the U.S. last year.