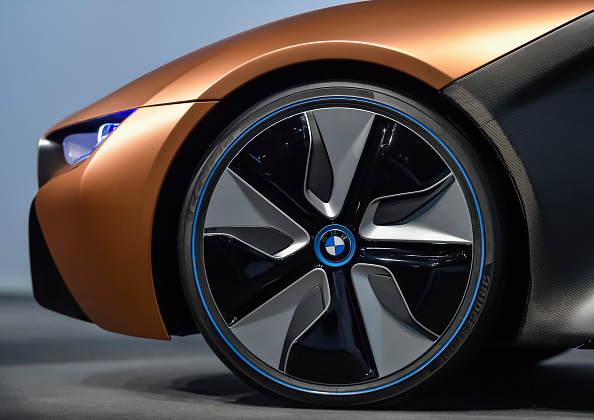 Aaron Sedlak (book here) joined in October, bringing nearly two decades of agency experience to the gig. He’d been freelancing for some time and most recently served as GCD at 360i, where he worked across accounts including Oreo, Bose and Nestle.

“It’s refreshing to be free of all the layers and politics of a massive traditional shop. Great ideas happen so much faster here,” he said in a statement. We wonder if that’s true.

BMW also just picked Anchor to handle its social media work in the U.S., marking its third recent addition to the agency roster after GS&P and multicultural AOR Cashmere. Two sources state that VML and incumbent Critical Mass also pitched for the business, though neither agency has responded to a related email.

According to North American VP of marketing Trudy Hardy, the agency “presented a clear point of view with creativity and humor, which is what ultimately won us over.”

Anchor CEO Sebastian Eldridge described himself as “the ultimate fan of BMW since I had the opportunity to drive an E30 M3 in high school,” adding, “We built Anchor for the future of social, and we can’t wait to make some noise with BMW.”

So what’s up with this agency? For one, it was launched in 2016 with backing from Icelandic billionaire Thor Bjorgolfsson.

Back in January, the organization announced that it would be expanding beyond its offices in New York, Detroit and L.A. by acquiring two small agencies in Chile and Colombia.

Its founders include former journalist/head of MTV digital Eric Ditzian, chief digital officer David Gross, CCO Javier Bonifaz, Eldridge and his brother Saxon, and Robert Gilbert. The latter three were co-founders of New York creative/production shop Rooster and offshoot Spur, themselves co-founded by… yes, Gavin McInnes. You probably know what he’s been up to lately.

Clients beyond BMW reportedly include Amazon, ESPN, Cargill and OneMain Financial. As far as the work, we haven’t seen it. But there’s presumably something coming.