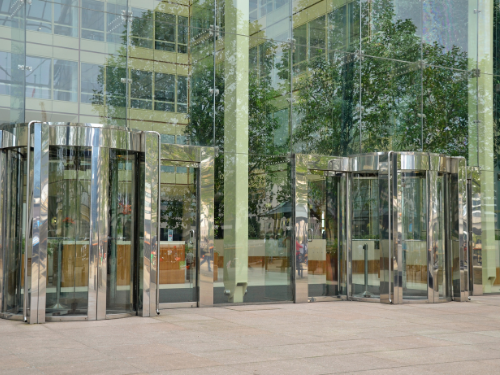 Yeah, there’s a Super Bowl/Big Game/Brandapalooza going on. But let’s not forget the engine that keeps that particularly sporty train moving: agencies.

There’s always news afoot in the agency world, and it stops for no global sporting event. So, without ado being furthered (credit: Richard Ayoade), enjoy this week’s roundup of agency moves, signings and account grabs.

Brand consultancy 50,000feet is underwriting two scholarships in partnership with the Chicago Public Schools and the Design Museum of Chicago, with the financial support of the Cooper Union Saturday Program in New York City. These financial contributions are designed to support students and their families with financial resources to pursue their passion for the arts.

The agency launched its seventh global office in the Netherlands in October 2019, the first on the European continent.

Jade Tomlin has joined AKQA as group creative director in London. Tomlin has over 12 years’ experience in lead creative roles, and was selected for Cannes Lions’ “See it Be it” program in 2016.

Tomlin will report to AKQA’s executive creative director Johnny Budden, who said of her: “Jade has a brilliant reputation for exceptional leadership with clients and inspires teams to have fun and create great work together.”

Co:collective has hired organizational development consultant Derek Newberry to become a lead strategist in its organization and culture design practice.

“As we scale our agency, we want and clients deserve laser focused leadership on the work. Our mission is to raise the bar for modern storytelling and we believe that the combination of Scott, Kristen, Ramon and Rick are an unmatched team in the industry,” said Carr-Rodriguez, partner and chief executive officer.

Rosenberg joins after nearly 15 years at Prophet, where he was an associate partner responsible for growth. McConnell was a senior vice president at WeWork and led the innovation practice.

“I am thrilled to have Brian and Mick join the Lippincott team during this time as our clients transform to meet the moment today and create tomorrow’s future,” said Rick Wise, chief executive officer, Lippincott.

Over the past 35 years, Stuttgart-based Staud has worked for nearly every automotive brand in the world. It is run by founder René Staud’s sons, Pascal and Patrick Staud.

S4 Capital executive chairman Sir Martin Sorrell said: “We are delighted to welcome Pascal and his colleagues to MediaMonks and S4 Capital. We look forward to developing a strong content, data and digital media practice in Germany, leveraging Staud’s Automotive expertise on a global basis and broadening our base in Western Europe.”

“The possibility to plug in our production pipeline into MediaMonks makes our services truly global and scalable, which is essential to serve our clients on their futures needs,” added Patrick Staud, Staud’s chief creative technologist.

Marketing agency MRM, part of McCann Worldgroup, has named Harsh Kapadia as executive vice president, chief creative officer for MRM New York and Princeton. Kapadia arrives at MRM from his role as executive creative director at VMLY&R New York and, before that, at Wunderman Thompson.

“I’m looking forward to partnering with the team to bring a vision and magic to brands across the MRM network,” said Kapadia.

NoA founder, Thomas Hogebol, is being elevated from CEO to executive chairman, overseeing international acquisitions and expansion. Mikael Jorgensen will be taking the role of NoA CEO. Jorgensen was the NoA country manager for Denmark and CEO of creative advertising agency and NoA component company, &Co.

Ogilvy made several moves recently on both sides of the northern border, with global implications.

Andy Main, global chief executive officer of Ogilvy, said: “Steve understands the impact that Ogilvy’s unmatched creativity and understanding of human behavior can have for any company looking to close the experience gap between what customers want and what brands are currently offering.”

Soechtig added: “From idea to execution, Ogilvy is strongly positioned to design, build, communicate and run experience initiatives that create impact and drive value for a company’s customers, employees, and business.”

He was previously partner and leader at McKinsey & Company, and before he led the expansion and operation of Deloitte Digital’s Experience practice in the U.S.

In Canada, Ogilvy Toronto hired a new creative lead, appointing Meg Farquhar to the executive leadership team and taking the helm of the agency’s creative department.

You can read more about that move here.

Jacqueline Lovelock has joined R/GA as managing director, healthcare, and is responsible for shaping R/GA’s healthcare practice. She will guide the agency’s work with AdventHealth, Cigna, Evernorth and others.

“We are thrilled that Jacqueline has brought her deep consulting, branding and creative experience to R/GA. I look forward to her growing our footprint in this space as we move into 2021,” said Sean Lyons, global chief executive officer of R/GA.

“We’ve worked hard to build out our creative services and deliver amazing work to our partners,” said Christine Clark, managing director, Thinkingbox. “Helen gives us an edge because her work transcends sexiness and focuses on effectiveness. She is a key hire to support our ongoing work and growth.”

VCCP has hired creative Ray Del Savio to be VCCP New York’s executive creative director. He will be in charge of overseeing all creative output from VCCP NY and collaborating closely with VCCP’s global offices.

Public relations and marketing agency Wagstaff has reached across the Atlantic and into the Mediterranean to get a little amoré from Italy, as it was chosen as the agency of record in the U.S. for the Italian National Tourism Board (ENIT).

“We are looking forward to international borders re-opening, and with that, we see a lot of opportunity for tourism on the horizon,” said Maria Elena Rossi, marketing and promotion director for ENIT.

Added Caterina Orlando, country manager for ENIT, added: “Wagstaff’s expertise, creativity, and connections in the travel trade, consumer marketing, and media worlds will give us the competitive advantage we need to help accelerate our recovery in the U.S. market.”

Mary Wagstaff, president of Wagstaff Media & Marketing, said: “We are thrilled to represent such an iconic destination. From the food, to the history, to the culture, to the adventure, and above all, the Italian people, there is absolutely nothing like Italy. Even though many Americans may know a lot about Italy’s amazing experiences, there is so much more to discover.”

We hope that they take a few cues from this: