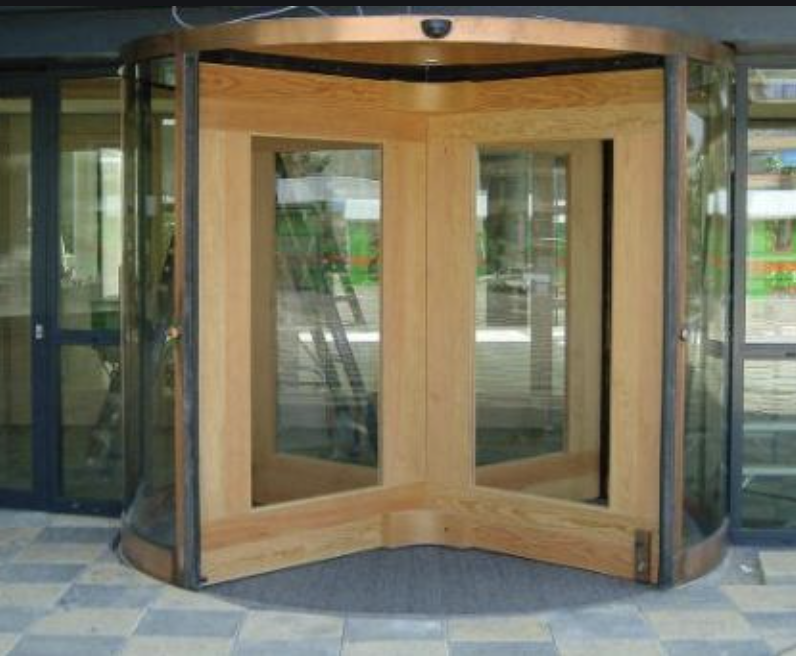 Memorial Day weekend is upon us, meaning you get to learn about all the latest agency moves, new hires and office openings a whole day early. So, before you head out on the road and fire up the grill, check out who’s going in and out of this week’s Revolving Door.

AKQA has brought on Louisa McCauley as client partner in the San Francisco studio. McCauley is a global marketing professional with over 22 years of experience leading marketing initiatives for major brands in North America and Europe. Managing agency client service teams since 2008, McCauley is an accomplished team leader, mentor and advocate for women in advertising, according to an agency statement.

Alma Klein joins as svp, creative director. She has led creative for CPG clients including P&G, Kraft Heinz and Molson Coors. Her work has previously won Effies, Reggies and Addys.

Rhonda Gilbert joins as svp, account director. With numerous industry retail recognitions under her belt—including three US Commerce & Shopper Effie Awards and a Grand Effie Finalist—Gilbert has a decade of shopper marketing experience across retailers like Walmart, Publix and Dollar General.

Heather Collins joins as evp, account director. After an eight-year stint at Catapult and Epsilon, Collins spent the past two years at iCrossing/Hearst where she grew the Bridgestone business and led the Sargento team.

Leading the effort in New York is a new hire, mixer and sound designer Elizabeth McClanahan, who brings with her 13 years of sound experience, most recently as mixer/sound designer at Heard City in New York.

Dunigan brings over 20 years experience to the team. She was most recently vice president of integrated content and advertising at Papa John’s. She has also worked for McCann and  Ogilvy. Paton also brings more than 20 years of experience to the team, having directed a number of national consumer and B2B brands including Volkswagen, PayPal, Philips, and New Balance.

After a 16-year career with La Comunidad, the Buenos Aires office for The Community, Ramiro Raposo joins the team in Miami as the executive creative director for global brands, including Verizon and Mondelez.

Raposo has more than 20 years of experience in the industry and has been part of La Comunidad since 2005. Over the years, he’s grown within the agency, from joining as senior copywriter to continuing as a creative director, and then becoming creative general director. In 2011, Ramiro took on the role of leading La Comunidad as a general manager and vp.

Prior to Doner, Casas served as strategy director at Dietse Health and Conill and senior strategist at Grey/Wing. Casas has worked in the area of multicultural advertising for over 12 years.

Exverus a strategic media consultancy, has hired two new vice presidents to expand the agency’s media capabilities. In her newly-created position of vp, media director, Tasha Day is responsible for client leadership and management for the fast-growing media team at Exverus. She will also be helping the agency with new business development, including organic growth and new wins. She comes to Exverus from Starcom, where she most recently served as media director.

In his newly-created position of vp, performance solutions, Oscar Braun is responsible for client leadership and management of Exverus’ growing performance media practice. This includes focus on data and innovation, while also driving business growth in this space. He joins Exverus from OMD USA, where he served as director, performance lead.

Gongora previously served as vp of people and organizational development and has been at Goodway Group since 2016.

GSTV, a data-driven, national video network, has hired Steve Ochs as executive vice president and chief marketing officer. In this role, Ochs is responsible for the company’s marketing, communications and brand design teams and functions, setting strategy and overseeing all marketing operations.

The Integer Group is launching its Growth Sciences practice and has hired Dr. Eamon Boyle, who joins Integer from IBM, to lead the group. Boyle previously led analytics departments at JWT, the Martin Agency, Havas, Assembly Media and, most recently, IBM.

The Growth Sciences practice Growth Sciences is a new practice area powered by a combination of data, tech and talent coupled with a suite of deep analytics applications. Growth Sciences serves as the foundation of Integer’s offering, and it is launching in partnership with Omnicom Commerce Group. Integer has also launched its new website.

The global e-commerce performance agency Labelium, which specializes in e-retail, media and consumer performance, is diversifying its offering by launching Labelium Play, a full service division dedicated to high engagement platforms such as video, gaming, audio and high impact display. The new unit, designed to accelerate the agency’s rapid growth in the North American market, will be based in Chicago and led by Clayton McLaughlin, managing director of Labelium Chicago. Labelium Play is essentially a digital media planning and buying service that integrates brands into today’s high engagement platforms.

Mediassociates, a media planning, buying and analytics agency, has promoted Alicia Weaver to vice president, offline activation and hired Christine Sheehan as vice president, account strategy. The moves are due to the agency’s rapid growth in 2020 and 2021, with total advertising media billings have more than doubled since 2019.

Weaver is a television media specialist with 17 years of experience across linear, DRTV, and emerging video formats. In the past several years at the agency, she has grown the broadcast offline activation department to support omnichannel media planning.

Sheehan joins Mediassociates to lead an account portfolio and continue the enhancement of data-driven advertising media planning. She brings 18 years of prior experience from Mindshare, Media Assembly and TargetCast tcm.

Nomad is expanding its team by bringing on executive creative director Chadwick Halbritter to its L.A. design studio. Formerly at  Flavor Design, Roger, Imaginary Forces, Elastic, Framestore and The Mill, Halbritter has also partnered with some of the world’s leading brands, including Warner Brothers, Disney, Marvel, Netflix, FOX, FX, Apple, Facebook, eBay, NFL, and Ford. In his new role, he will spearhead the continued growth and development of Nomad’s design department.

21Grams, part of Real Chemistry, recently named Jill Landaker Grunes as its first head of production. In this role, Landaker Grunes is charged with pushing the quality of the work through creative partners, while also building out a team to support the rapid growth of the agency.

“When searching for the right agency partner to amplify our major company milestone, we immediately felt a connection with Socialfly. The company’s strategic, innovative, and women-first philosophy to social media is exactly the approach we are looking for to help us with this campaign,” Sandy Abdallah, CEO, MAM North America, said in a statement.

Monique Francis has joined UTA Marketing, the brand consulting division of leading global talent, entertainment and sports company UTA. She will serve as an executive in the division’s client strategy team, working across the department’s roster of corporate clients on the development of impact-focused marketing initiatives.

Francis brings over a decade of experience advising brands at the intersection of culture, social impact, and entertainment. Prior to UTA, she was the co-head of content and a social impact executive at CAA Brand Consulting, where she worked with top companies and organizations including Constellation Brands, the Alzheimer’s Association, JP Morgan Chase and Wilson Sporting Goods.