Now is as good a time as any for a good old What The?? project–and who better to inspire it than Mr. MAGA himself, Kanye West.

We admit to being fairweather fans who haven’t listened to Ye since Dark Twisted Fantasy, and we never actively seek out news about him. But for some reason, everyone eventually learns about every single little thing this idiot savant does, like the Drake-Travis Scott Twitter beef that hit a couple of hours after this post. Holy shit, it’s more exhausting than following Trump.

Now, some anonymous agency creatives have gotten together to spare you the pain AND the hangover.

SnoozYe is a Chrome extension that blocks all things Kanye for a given period of time: one day, one week, forever, or until Yandhi finally comes out.

“We are a group of creative directors who felt that this needed to be made,” the group behind SnoozYe said via email, adding that they would prefer to remain anonymous for reasons we completely understand. “We are definitely die-hard fans who just kinda had enough of him for a while.” 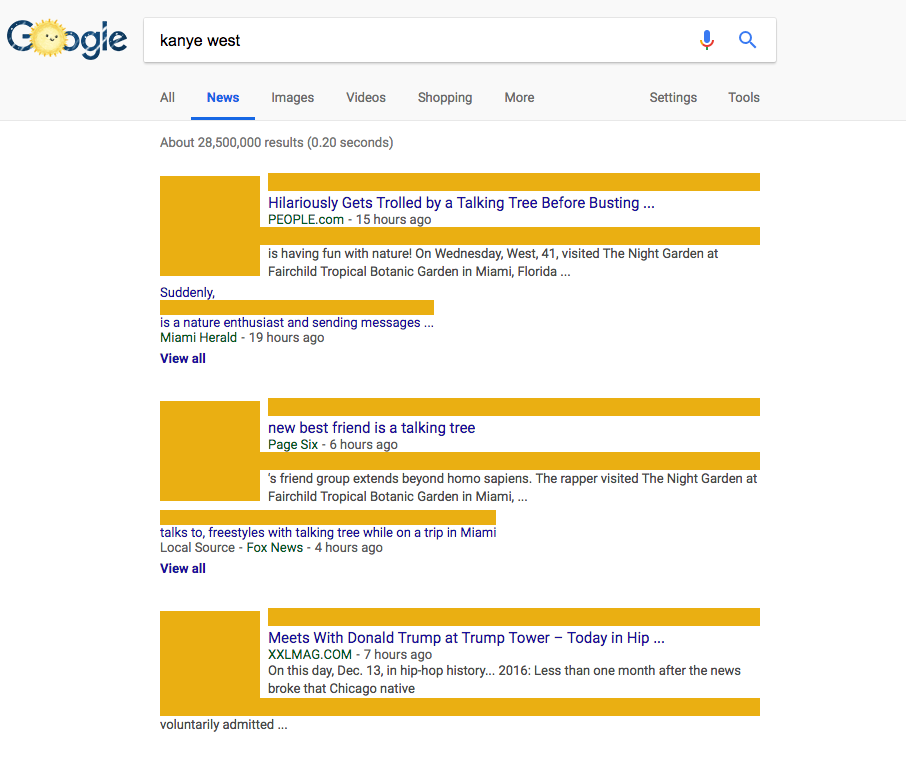 We ran a quick Q&A with the group about this Yeezy project.

AgencySpy: As self-described die-hard Kanye fans, what was the last straw for you guys?
SnoozYe: There have been multiple instances, but for us, the final straw was definitely his visit to the Oval Office. It just solidified his nonsense when we should be focusing on more important current events that are happening in the world.

When will you determine that it’s OK to, you know, listen to Kanye’s music again?
We leave that up to the user. To his fans and ex-fans. Right now we can’t stand his music, but who knows how long that will last? Things change. People change. Kanye may or may not change. In his case, there’s a fine line between separating the music and the celebrity, which is why we created the extension in the first place. We can choose when we’re ready to listen to him again.

Can you still listen to him and take him seriously as an artist amid all this other stuff?
Whether you like Kanye or not, you can’t deny that he’s part of the culture. He’ll always be around. Although we can’t control his spins on the radio, we can now at least control his news on our feed. And right now, that’s good enough.