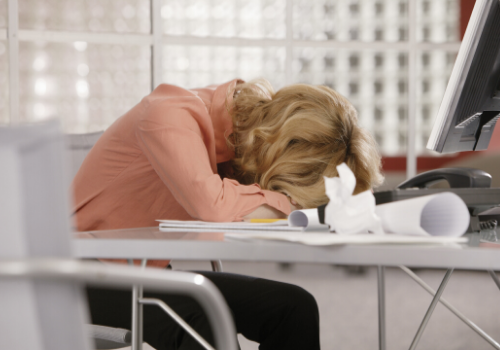 Congratulations. You’ve spent the first part of your morning at the agency ready to tackle a precise list of tasks you painstakingly built. This is going to be a fantastic day because you’re going to get into a rhythm and pick them off one at a time until you reach “to-do list zero.”

Then you check your email. Oh, someone in the creative department Slacked a meme about the Oscars. Chad from biz dev dropped by your desk to talk about this week’s pitch. Oops, two new meetings got popped into your calendar. Coffee with a client at 2? Guess so. By the end of the day, your list looks pretty much the same as when you started, and you got very little work done.

Guess what? You’re not alone.

According to research from Float (a work planning platform … nifty that they did this research to sell a few subscriptions), agency people are getting less than two hours of what’s called “deep work” done per day. Defined, “deep work” is what it sounds like, focusing on work without interruption.

Over 100 respondents from around the world weighed in on the issues they face in getting any work done. Almost 60% claimed that they get two hours or less of uninterrupted work done per day, while 27% noted that they can get four hours of quiet work time. It also seems that larger agencies (with 50+ employees) bear the brunt of interruptions, with over 60% saying that they get through two hours or less of meaningful work. Smaller agencies (less than 30 employees) appear to be able to make it through four hours.

One interesting tidbit on this is that 83% of respondents work in open-plan offices that have their own issues. Basecamp’s founders had something to say about that in the aptly titled tome: “The Open-Plan Office Is a Terrible, Horrible, No Good, Very Bad Idea.” Another compelling nugget is the fact that 84% of people who have the option to work remotely on some days can plow through at least half a day unencumbered.

Of course, all of this distraction built in the name of productivity (thank you, technology) has resulted in some massive problems.

“We’ve become slaves to the urgent at the expense of the important,” said Nir Eyal, author of Behavioral Design and Time Management. “That is not something that is technology’s fault, that is the culture’s fault. If your boss calls you at 6 p.m. on a Friday night and says, ‘Hey, I need you to do something,’ is it the telephone’s fault? No, it’s your boss’s.”

Overbooking and poor booking are issues, but they pale in comparison to the fact that 90% of agencies surveyed use single fee billing (the dollar value of time and resources). The inability to properly manage time can very well affect not just productivity but profitability as well.

So how can agency people get on the right track? First off, blocking off large chunks of time solely for critical work helps. Avoiding meeting inertia is another. According to Postlight Digital Product Studio’s head of engineering and managing partner, Jeremy Mack, their leadership teams have “meetings about meetings” to avoid the time suck.

“”We attempt to consolidate our meetings and designate specific days of the week to be as free from meetings as possible,” he said. “For my direct reports, I happily volunteer to take meetings away so they can stay productive. Nothing’s better than coming back to a Slack channel full of new software being written after being stuck in a day of meetings.”

You can see the other insights from the study over on Float’s site. And we wish you the best of luck as you try to power through your day.