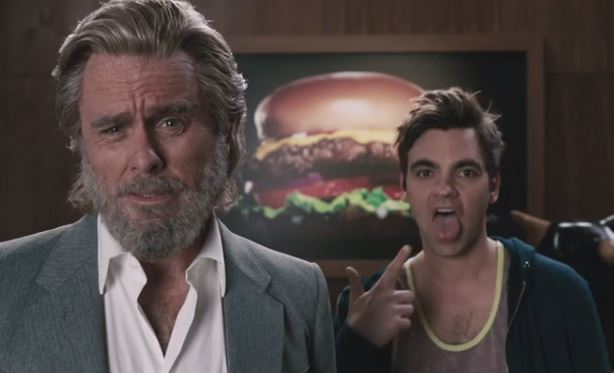 Late last year, we learned that 72andSunny would be parting ways with Justin Hooper and Mick DiMaria, the GCDs who had run Carl’s Jr. creative for years since their time at Santa Monica’s Mendelsohn Zien. Their tenure pre-dated the Paris Hilton days and subsequent “all cleavage all the time” strategy, but multiple parties told us the split came from a client-side desire to move away from being known as the boobs-and-burgers chain.

The brand had already begun making ads that could never be called sexist, like the ones that starred Lil Dickey and the ones that reminded us how good New York pretzels are, in a very bad way.

Now they’ve gone the rebranding route by introducing a new character named Carl Hardee Sr.*, because the real founders were named Carl and Hardee, get it? He’s less The Most Interesting Man in the World than The Only Adult in the Room.

So it was the son’s fault all along. Never mind the fact that this bro would have been like 12 when the first Paris Hilton spots debuted or that Carl’s Jr. definitely didn’t invent the drive-through.

But this is a full makeover: new logo, new packaging, new tagline, and a new ECD in Jason Norcross. He tells Adweek today that Carl’s has “never really gotten credit for their quality,” adding that Carl’s Jr. now wants to compete more directly with upscale chains like Shake Shack.

Future work will feature Mr. Hardee the Elder across platforms while also hyping new products in spots like this one.

An admirable effort overall, but it might take a bit more for the brand to move away from past campaigns. Just look at the YouTube recommendations for the video including boobs, more boobs and Nature Boy Ric Flair, woooo! 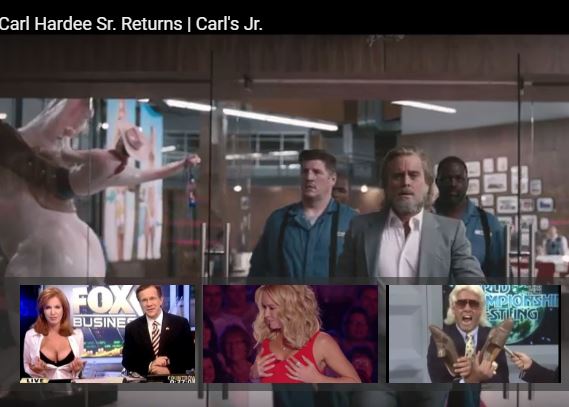 OTOH, now that would-be labor secretary and automation fan Andrew Puzder has entered retirement a little earlier than expected, maybe this really is an all-new Carl.

A creative who worked on the account tells us that it was Puzder, rather than the 72andSunny team, who always pushed for more sex in the campaigns. According to this party, the new work only broke through because Puzder was distracted by his recently-thwarted political ambitions and the media attention that came with it.

And no, we don’t have credits.

*On a side note, we love the fact that every single American named “Carl Hardee” lives in coastal South Carolina, because we definitely knew at least one of these dudes growing up and we would bet five Confederate flag beach towels that he ate at Hardee’s as often as we did.