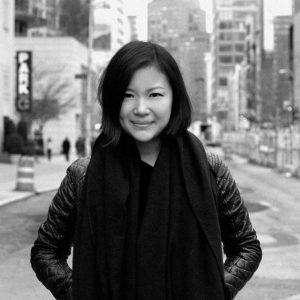 Dentsu’s 360i (which just picked up social media duties for United Airlines, btw) has hired WeiWei Dong as group creative director at its New York headquarters. She starts Oct. 22.

In the new role, she will work closely with fellow gcd Piper Hickman across brands such as Oreo, Mini and 7-Eleven. The agency positions the hire as the latest step in CCO Menno Kluin‘s yearlong plan to boost the caliber of its creative product.

His statement credited her with “the type of creative vision and leadership that inspires those around her—colleagues and clients alike,” adding that “her impressive experience and global perspective will help us continue to make our work even better as we tackle a wide breadth of creative opportunities, from design and film to digital and Voice.”

Dong joins 360i after freelancing and spending three years at 72andSunny New York, where she worked on Cheerios, Samsung and Adidas.

A native of Shanghai, she started her ad career at TBWA and Bates Asia, later helping Wieden + Kennedy establish its Shanghai office before moving to the States in 2011.

The new gcd said 360i’s “creative philosophy aligns really well with mine. I think a lot about ‘what’s next,’ always paying close attention to craft while embracing the opportunities presented by constant reinvention.”