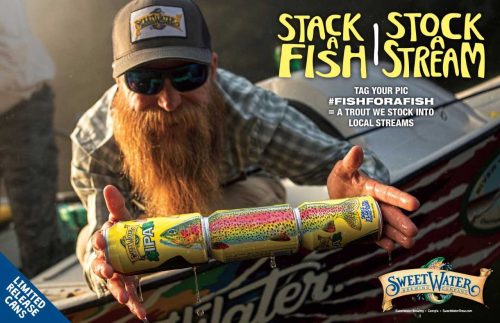 The effort is aimed around a limited-time packaging initiative. For October and November cans of 420 Extra Pale Ale and IPA, SweetWater’s flagships beers, will feature artwork which can be stacked to create an image of a rainbow trout. Customers are then encouraged to share images of the stacked cans on social media, using the hashtag “#fishforafish.”

For each such post, SweetWater, in partnership with the local DNR, will stock a local stream or river with healthy trout. 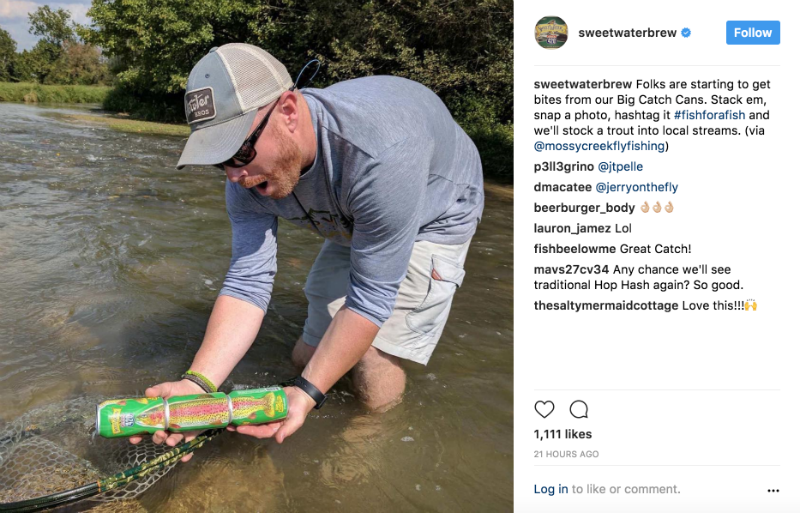 A Georgian could presumably spend a day drinking SweetWater while fishing, snap a pic, post using the hashtag, and help stock those very waters for future fishing trips.

22squared was responsible for concepting the packaging initiative, working closely with the brewery, as well as the design, overall campaign and marketing initiative.

“SweetWater is a brand that really lives its values. With the #fishforafish program, they’re combining their passion for our local waters with a packaging innovation that’s super fun,” 22squared executive creative director Al Patton said in a statement. “It’s great to see the stackable fish can photos spreading over social media, especially knowing each one is having a positive impact on the environment.”

“From day one, our passions for beer and fishing, and our abiding love and respect for the outdoors, have inspired the brand and informed the business strategy,” added SweetWater Brewing Co. founder Freddy Bensch. “22squared has done a phenomenal job of understanding our brand and our culture, and that’s evident in these sweet trophy trout cans.”

The “Fish For A Fish” campaign is tied to the brand’s connection to the outdoors and its larger culture of promoting environmental efforts. Another such effort, the brewery’s annual “Save Our Water” campaign, has raised over a million dollars for clean water initiatives.