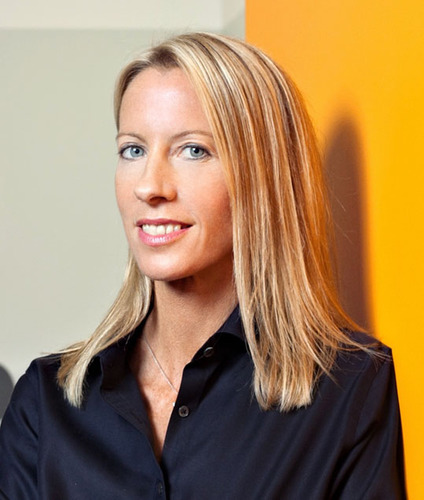 In case you missed it (you almost certainly didn’t), last night AdAge broke the news that CP+B global CEO Lori Senecal would be leaving the agency—and the ad industry itself—when her contract expires at the end of this year. The story implies that she will be retiring.

This morning we also learned of another big change at the MDC Partners network. As reported in Adweek, Danielle Aldrich, former managing director of CP+B’s Boulder headquarters, has been promoted to president of both that office and the L.A. location that became the global headquarters for the Infiniti account just over a year ago.

Aldrich will be the first person to hold that title. Steve Erich served as president of the entire agency before leaving abruptly in the summer of 2015 after spending 11 years with CP+B. He went on to found Erich + Kallman in San Francisco.

Here is the statement on Senecal’s upcoming departure (which is still more than 7 months away) from Chuck Porter:

Nobody knows exactly what the future of advertising will look like, but it won’t be like today. It’s going to require new kinds of people and processes. Lori has been the perfect person to help CP+B become something new—a global agency with the flexibility and nimbleness of an entrepreneurial start up.

Now that the structure is in place, Lori and I are developing the next generation leadership team. We are taking the time to make really careful and thoughtful decisions about the leadership of CP+B going forward, and we’ll be prepared for a smooth transition when Lori retires at the end of the year. She’s a truly fantastic partner and friend, and the agency is smarter and more effective thanks to her leadership.

Senecal has spent more than seven years with the larger MDC Partners organization, serving as president, chairman and CEO of KBS before moving to its parent company in late 2014 and then transitioning to CP+B just over two years ago while retaining her role within the holding company.

Since then, MDC has been through some notable challenges including: the resignation of founder, chairman and CEO Miles Nadal (who was recently fined another $5.5 million and barred from running a public company for another five years); the firing of CP+B Boulder CEO Andrew Keller, who later went to Facebook; the news that MDC had hired Senecal’s husband Bill Grogan to serve as president of global brands for all of its agencies; last November’s one-day stock plunge prompted by analysts’ decision to downgrade its rating after the network failed to meet Q3 revenue goals. (The stock has since recovered much of its value.) 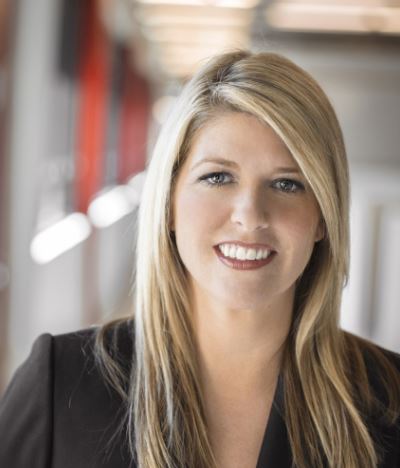 During that same time period, MDC has acquired acclaimed Swedish agency Forsman & Bodenfors and won pitches for such massive clients as Coors Light and General Mills, both of which went to 72andSunny.

The news regarding Senecal overshadowed that of Aldrich’s promotion, primarily because the agency did not intend to make it public at this time.

The 14 year CP+B veteran was promoted to managing director of the Boulder office in 2014. Moving forward, she will be president of CP+B West, which now includes the two locations. Her promotion completes the new Crispin regional leadership team, which also includes Vinicius Reis in Sao Paulo and Miami, Richard Pinder in Europe and Bamboo Yee in Beijing. Earlier this week, The Drum ran a story on Reis and the agency’s “Miami mojo.”

Senecal’s statement on the promotion:

Each of our 10 offices are led by entrepreneurs who are passionate about building CP+B, in their markets around the world. We have found that by elevating regional leaders, we can better share resources seamlessly across offices in each region, to bring more top strategic and creative talent to our client partners.

As part of that process, we’re also building our next generation of leadership. Creating this expanded role for Danielle is a natural step as she embodies the CP+B DNA, always looking to uncover the toughest business challenges, and solving them in the boldest, most inventive ways.

During her tenure, Aldrich helped lead the winning pitches for American Airlines, Hershey’s, Hotels.com and Fruit of the Loom.

And yes, she oversaw Subservient Chicken.