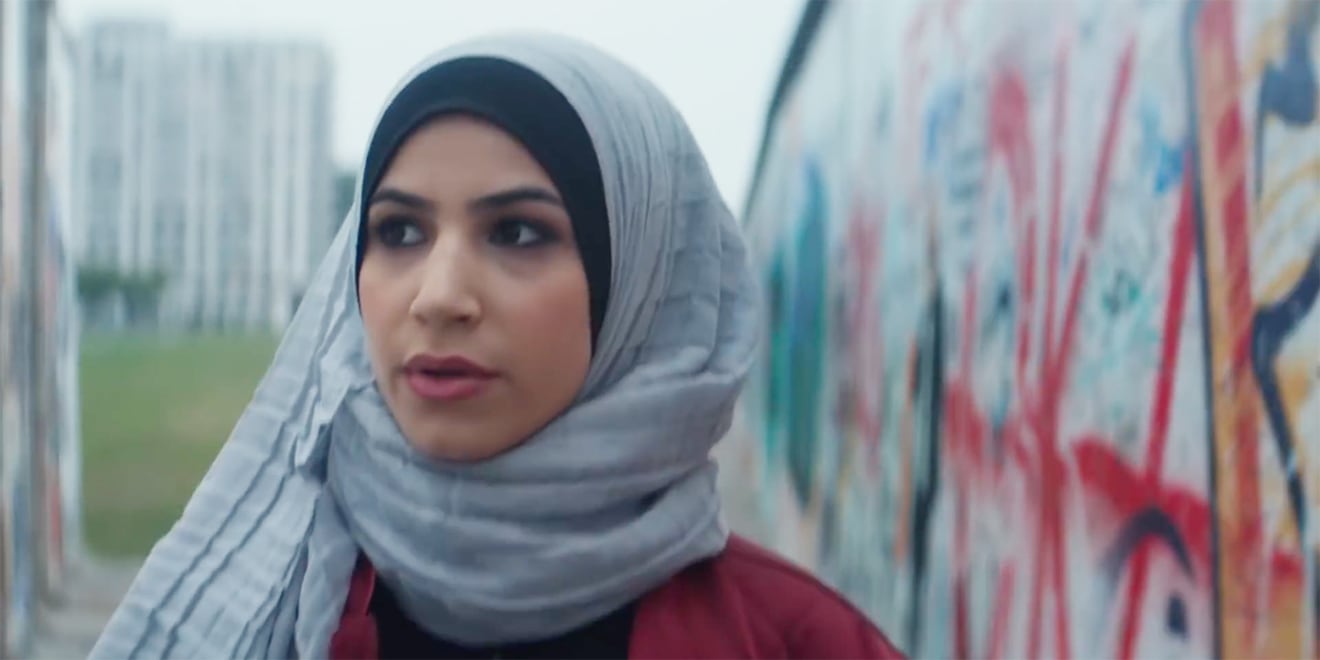 Athletes are often described as heroes, though it usually has more to do with their performance on the field than the struggles they’ve overcome just to get there.

But for its first “Just Do It” campaign in Germany, Nike offers a more empowering and holistic definition of heroism with a spot that celebrates a diverse range of athletes who have defied odds and expectations.

Launched today, Nike’s “Helden” (“Heroes”) spot from agency Wieden + Kennedy Amsterdam features more than 15 athletes, dancers and coaches who are defining a new era of sports and culture in Germany.

Driving the ad is David Bowie’s German version of “Heroes,” the only song he recorded in the language and a track that carries significant meaning to many Germans.

Bowie wrote “Heroes” in 1977 about two lovers separated by the Berlin Wall, and the version in the spot is one Bowie recorded himself in German.

His 1987 performance of the song at the Reichstag in West Berlin is an iconic piece of Cold War history, with fans recalling being huddled in secret and quietly singing along on the eastern side of the wall. It has been credited as one of the cultural tipping points that led to the wall’s collapse, and the German government honored Bowie after his 2016 death for his role in unifying the nation:

Good-bye, David Bowie. You are now among #Heroes. Thank you for helping to bring down the #wall. https://t.co/soaOUWiyVl #RIPDavidBowie

Nike’s spot doesn’t directly reference the song’s role in Germany’s history, but it does use it to make a statement about the nation’s present as the country as refugees and other immigrants have reshaped Germany’s cultural landscape—a shift that has created new tensions about what it means to be German.

To that end, Nike highlights a wide range of athletes from diverse backgrounds. Some of those featured in the spot include:

• Zeina Nassar, a boxer, who fought to overturn a rule prohibiting competitors from wearing head wraps such as a hijab.
• Giulia Gwinn, a footballer credited with giving women’s soccer more visibility in Germany.
• Leroy Sané, a 23-year-0ld soccer player currently with the Premier League’s Manchester City.
• Léon Schäfer, track and field athlete and Paralympian
• Mario Götze, who scored the winning goal for Germany in the 2014 World Cup.
• Moe Wagner, German-born basketball player for the Washington Wizards
• Mobina and Melika Nazari, skateboarders whose family fled Afghanistan. When Mobina suffered severe head trauma from a skating accident and lost much of her memory, Melika helped her recover and get back on her board.
• Gesa Krause, Olympic bronze medalist in track and field and 2,000-meter world record holder.
• Ariclenes Garcia, aka LaQuéfa St. Laurent, dancer and Voguer who offers free workshops to queer refugees.
• Yelmaz Habash, Tarek Almoukee, Nazir Jaser and Nabil Allahham, cyclists and refugees.
• Alex Hipwell, coach and master trainer.

While covering a wide swath of athletics and activities, this diverse roster comes together with the spot’s closing line, “You never do it just for yourself.”

“With ‘Du tust es nie nur für dich,’ we are opening a new chapter for the Nike brand in Germany, celebrating sports,” said Sebastian Niemeyer, brand and marketing lead for Nike in Germany. “For today’s youth, sport can have a greater meaning than simply competing and winning. It’s the power to unite, to inspire and to lead change in their communities that counts. Our sporting heroes fuel this passion on the pitch or track and in communities to unlock sport for the next generation of athletes. Sport becomes a catalyst, and you never do it just for yourself.”