Truckers Often Suffer in Silence, So Volvo Trucks Gave Them a Charming Moment of Self Care 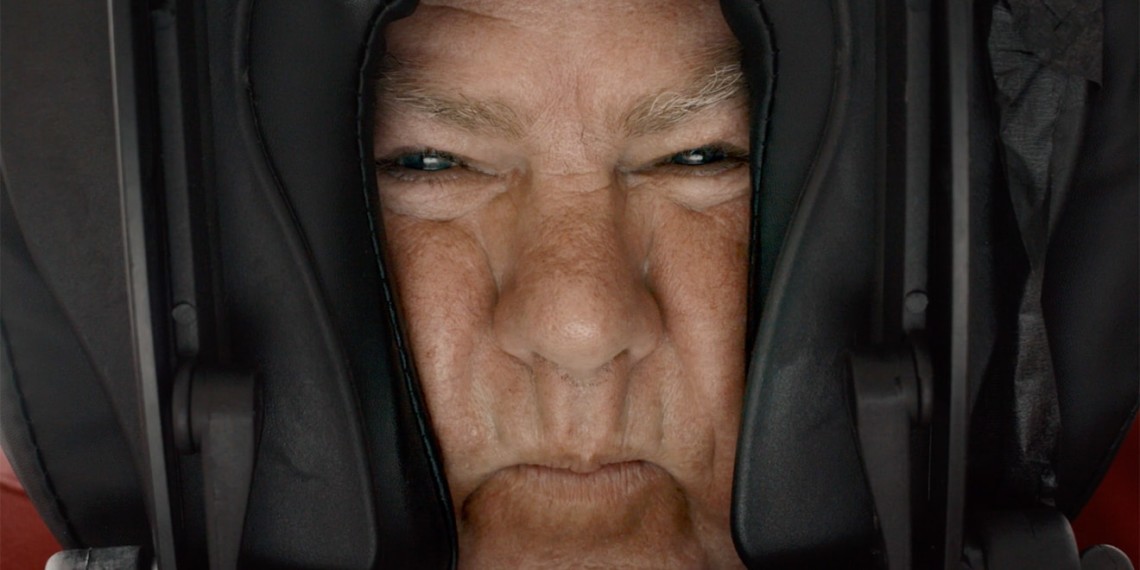 Truckers get their backs pounded, popped and massaged as Volvo Trucks spreads the word of a feature that's easier on drivers' bodies.
Volvo Trucks
Share
By Mitch Reames
|
September 17, 2019
Share

Road trips are brutal on a body. The aches that come with spending hours upon hours sitting in one spot as mile signs fly by the window are ingrained in all of us.

But for the people whose job is to traverse the country and then turn around and do it again, back and neck pain is often just part of the gig.

Truck drivers spend countless hours at the wheel of a massive semitruck. Being constantly mindful of other drivers and tight deadlines require intense concentration. Couple that with the uncomfortable position required to drive and it’s not surprising that more than 80% of truck drivers say they have pain in their back and/or neck.

That’s why Volvo Trucks is releasing a new product called Volvo Dynamic Steering, or VDS, which helps drivers turn the wheel easily rather than using muscle strength to change course.

Rather than just doing a product demonstration, Volvo Trucks and agency Forsman & Bodenfors decided to promote the new feature by bringing in the popular and YouTube-savvy chiropractor Beau Hightower to give free neck adjustments at a truck stop.

The result is a fun ad with a heart and a sincere message about the discomfort and pain many truck drivers simply live with because they’re unsure if there’s an alternative.

After slowly warming to the adjustments, truck drivers opened up about how their pain affects their day-to-day lives, and the spot ends on a man who just wants to be able to dance again—and dance he does.

The ad highlights a shift in tone and creative direction for Volvo Trucks, best known in advertising circles for its “Live Test Series” ads such as Jean-Claude Van Damme’s 2013 “Epic Split,” which won the Film Grand Prix at the 2014 Cannes Lions. The follow-up, “Look Who’s Driving,” racked up 23 million views by letting a 4-year-old take control of a remotely steered truck and crash it through obstacles.

Now the truck brand seems to be taking a more driver-centric approach with direct appeal to truckers, as seen in last month’s “The Cash Machine” about how a new fuel-conserving feature helps save on gas.

While the newest spot does, of course, mention the VDS feature, most of the spot is spent showing actual drivers and how common the of back or neck pain is for them. The steering feature, when combined with the chiropractic work, show that Volvo is trying to help, not just sell a new product.

The goal of VDS is to make driving a truck feel more like driving a car. In many trucks, bumps in the road that cars effortlessly glide over cause constant vibrations in the cab of a truck. VDS helps correct for blips in the road which eases stress on drivers joints and makes for a smoother ride.

“Previously, steering a truck was hard work. All the bumps and potholes on the road were transferred right up the steering column and absorbed into the body, with the driver having to constantly counter-steer to keep the truck safely on track,” says Fredrik Klevenfeldt, director of brand marketing and communications at Volvo Trucks North America. “Constantly fighting wind shear wore on shoulder and wrist joints. In addition, the static forces of heavy loads at low speeds meant really wrestling with the steering wheel. VDS significantly improves all of those issues.”

VDS provides power from an electric motor to compensate for outside forces like a bumpy road or vibrations in the steering wheel.

The star the ad is also a great choice. Hightower is well known for his chiropractic work with MMA athletes. That meant he was well-equipped to cut through the macho persona of many truck drivers and get them to trust their backs in his hands.

“These professional drivers are pushing their bodies to the limit,” Hightower says in the interview clip below. “Over time they can develop serious muscular imbalances and which creates bone problems. They can have nerve issues where they start to lose the feeling in their hands, and headaches could start showing up. It’s very important that we get these people, who are the backbone of our economy, the care and improved driving technology they need.”

When asked about pain, one driver uses an interesting analogy to describe truck drivers:

“The cities are like the different organs of the body, the highways and interstates are the arteries and blood vessels. Well we are the blood. Truck drivers are the blood of this country. If we stop, the blood stops flowing and everything just dries up and dies.”