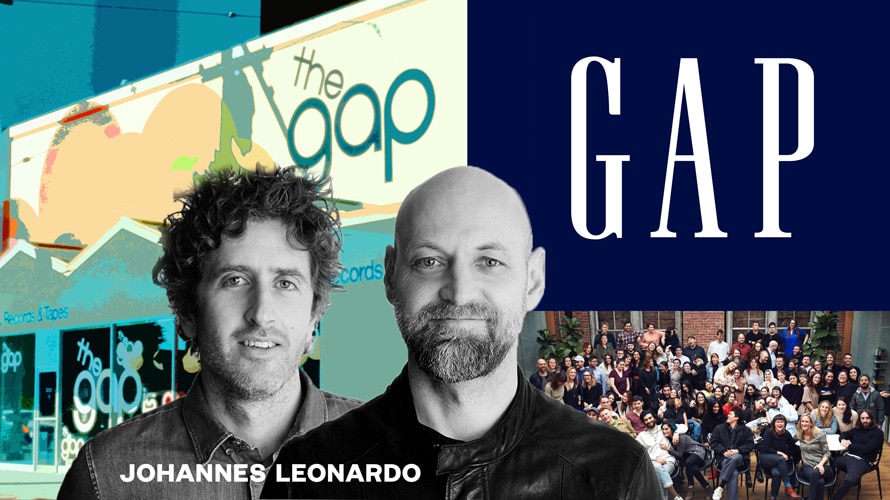 The company has not had an agency of record since 2012.
Illustration: Trent Joaquin; Sources: GAP, Johannes Leonardo
Share
By Patrick Coffee
|
July 2, 2019
Share

“We are working with Gap to help meet their business objectives and re-establish the brand’s cultural relevance once more,” read a statement from the representative.

Spokespeople for the Gap have not responded to repeated requests for comment over the past month.

One party close to the matter said talks between agency and client began this spring, soon after Alegra O’Hare joined the Gap as svp, chief marketing officer on Feb. 25. Her predecessor Craig Brommers, formerly of Abercrombie & Fitch and Speedo, left last December to become CMO for vape brand Juul.

O’Hare previously spent 12 years with Adidas, most recently overseeing the footwear company’s Styles and Originals divisions. Johannes Leonardo had an existing relationship with O’Hare as it has been AOR for the latter brand since 2014. Its “Original Is Never Finished” campaign won a Cannes Lions Grand Prix in 2017, the same year Adweek named O’Hare a Brand Genius.

A second source said the assignment did not follow a formal review and no other agencies pitched for the business.

The Gap became one of the first major brands to move away from the agency of record model in 2012, splitting its work between Ogilvy and other shops before bringing on Wieden + Kennedy two years later and eventually moving toward a project-based model. It is understood that Johannes Leonardo, in which WPP owns a minority stake, will be lead agency on the business moving forward.

Last month’s quarterly earnings call disappointed investors, with sales at Gap stores dropping an estimated 10%. The brand struggled even when compared to its parent company’s other major brands, Banana Republic and Old Navy. Earlier this year, Gap Inc. CEO Art Peck announced that the latter chain would spin off into its own company.

According to the latest numbers from Kantar Media, Gap Inc. spent $37.2 million on paid media promoting its primary retail division in 2018, an 18% drop from the previous year’s $44.2 million total. The slide continued during the first quarter of 2019, with the brand spending only $2.3 million.