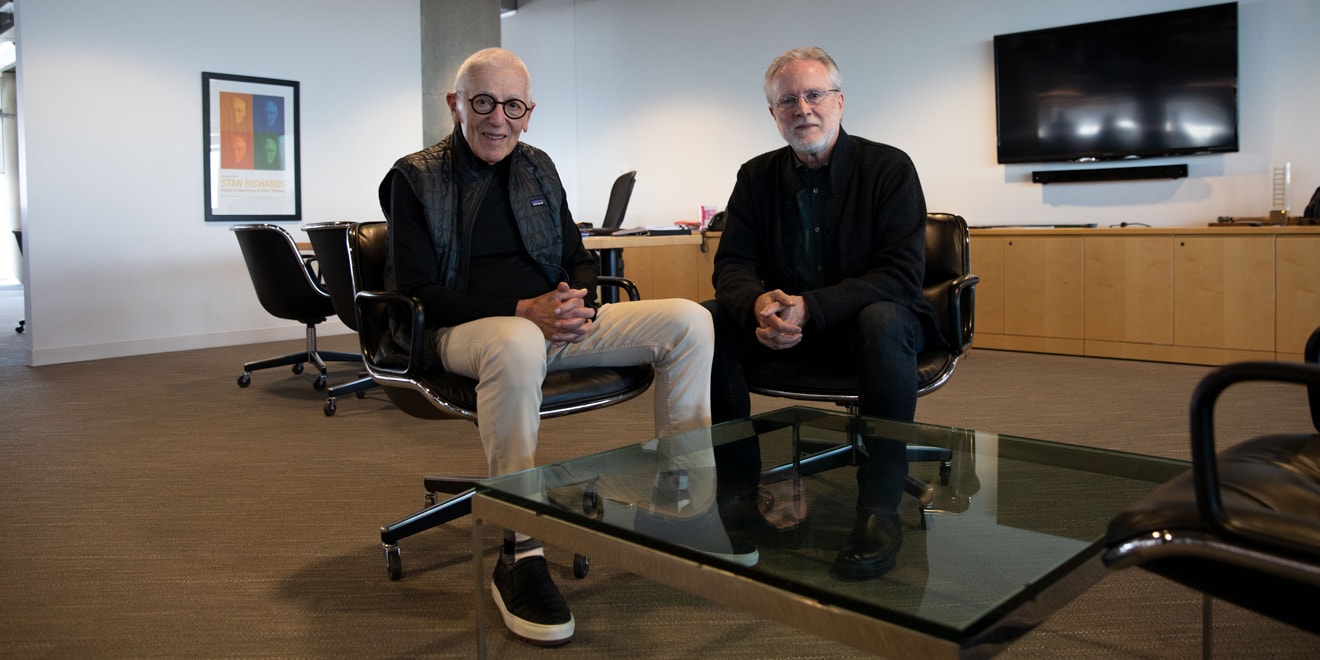 Stan Richards has named Glenn Dady as the next leader of the independent agency he founded over four decades ago.
The Richards Group
Share
By Minda Smiley
|
December 13, 2019
Share

Dallas-based The Richards Group has a new leader at the helm.

Stan Richards, who founded the independent agency 43 years ago, has appointed Glenn Dady as his successor. According to the agency, 87-year-old Richards “has no plans to retire,” but is handing over management duties to Dady.

Moving forward, Dady will serve as principal and creative director, and will be responsible for managing day-to-day operations at the 750-person agency. He will assume his new role on Jan 1.

Dady joined the agency 39 years ago after graduating from the ArtCenter College of Design. Most recently, he served as creative group head and art director at The Richards Group. During his tenure at the agency, he’s received honors from the likes of The One Show, the Clios and Cannes Lions. He currently works with clients including Go RVing, the Biltmore Estate, NatureSweet, Sub-Zero, Wolf Appliances, Jeep, Ram Trucks and Alfa Romeo.

“Now is the time to name my successor, while I’m still active and engaged in the business,” Richards said in a statement. “Glenn has been by my side for nearly four decades and has played a critical role in making The Richards Group what it is today. He has always been one of the most innovative, imaginative creative leaders of the agency—but maybe most importantly, no one has done more to identify and nurture the talent so critical to the work we do than Glenn.”

Since its founding, The Richards Group has become known for its steadfast independence and longtime relationships with clients. The agency served as Chick-fil-A’s creative agency of record—and developed its iconic cow campaign—for 22 years, but their relationship ended in 2016 when the account was handed to McCann New York. The Richards Group has served as Home Depot’s creative agency of record since 1993, and has worked with Motel 6 for 34 years.

“Obviously, we’ll remain fiercely independent, as Stan has always intended,” Dady said in a statement. “It’s such a luxury not to be concerned about shareholders, numbers or politics. And continuing to have Stan in the office every day is the ideal situation for me—being able to bounce ideas off him and go to him for advice and counsel. It doesn’t get any better than that.”

Dady will not take financial ownership of the The Richards Group. A spokesperson for the agency said “like all of our employees, Glenn shares in agency profit, a highly lucrative, 100% agency-funded program we have had for decades that is unique in our industry.”