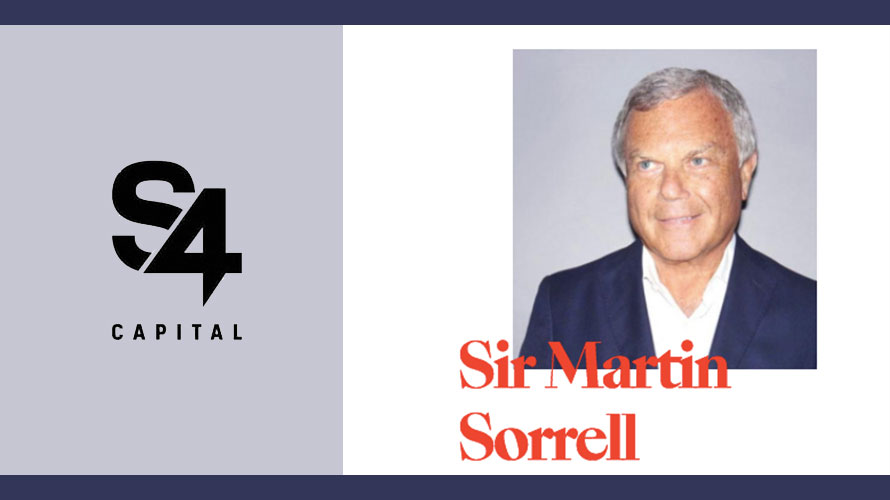 The disclosure was made as part of S4 Capital’s latest trading update in which the company—home to digital media and production operations such as MediaMonks and MightyHive—also disclosed that Q1 revenue was up 19%.

According to the update, the raise “will allow the company to execute deals in negotiations proactively and explore larger deals, as well as respond quickly and with agility to opportunities as they arise.”

About half the funds will be used to fund the cash proportion of earlier deals (the company has conducted 13 since it was founded in 2018), with any future deals to be structured as 50% in cash and 50% in shares.

“In line with our mantra of ‘faster, better, cheaper,’ now is not the time to slow down,” said Sorrell in a statement. “We believe that it is precisely the time to quicken the development of our capabilities around digital transformation, accelerated by the pandemic.”

Speaking later with Adweek, he noted how the pandemic has accelerated preexisting M&A talks, noting how his S4 doesn’t “acquire” companies. “We merge,” he clarified.

“We have three criteria. One is great top-line growth, both historical and future projections. Great margins … you get the good margins because you’re differentiated. And thirdly, we’re in the service layer; we don’t want to be subject to technological disintermediation,” added Sorrell.

He later went on to hint at an upcoming announcement of one such merger.

“The next thing we will do, which is related to one of the big platforms and will be announced at the end of July, we are already integrating that company into pitches that we’re doing,” he told Adweek. “The one at the end of this month is around the Amazon platform.”