'It's probably the most shared Ikea campaign of all time' 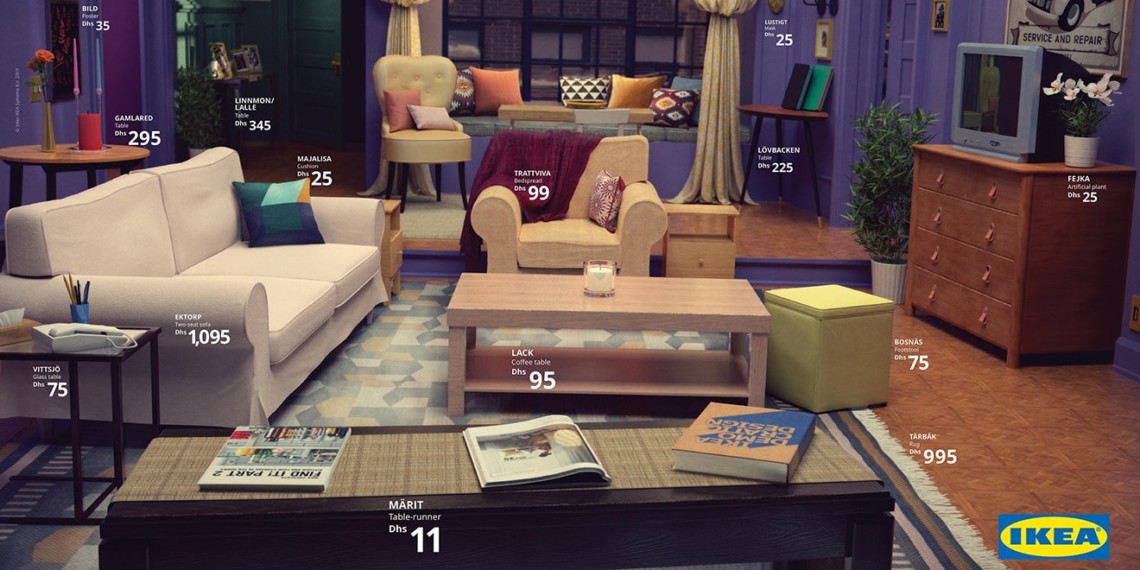 The best advertising ideas are often incredibly simple in concept and fantastically detailed in execution. That’s certainly the case with the “Ikea Real Life Series” from Publicis Spain, which recreated the living rooms of popular TV shows using only furnishings from the global retailer.

Created for Ikea in the United Arab Emirates, the campaign quickly exploded across social media worldwide, clicking immediately with fans of the featured (but unnamed) TV shows: Friends, The Simpsons and Stranger Things. 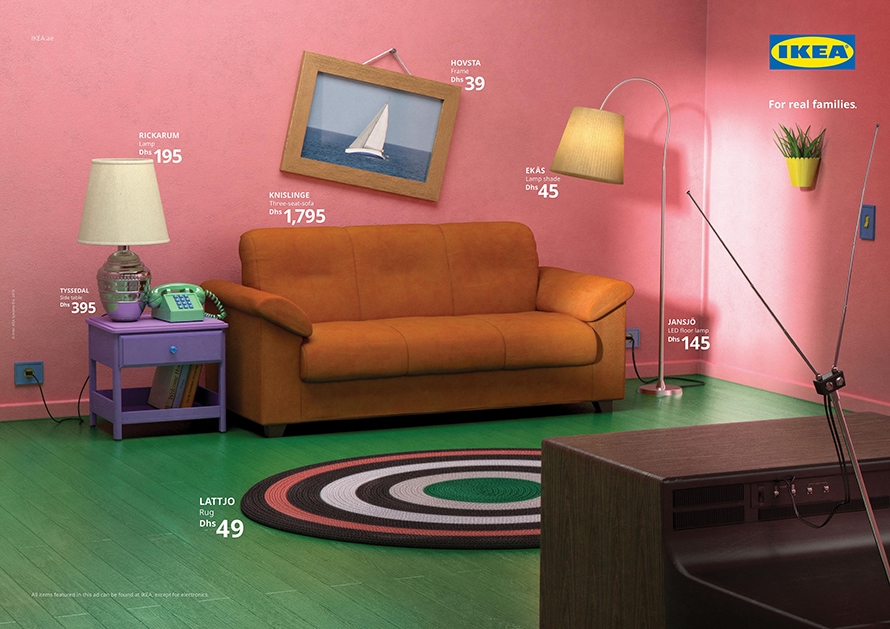 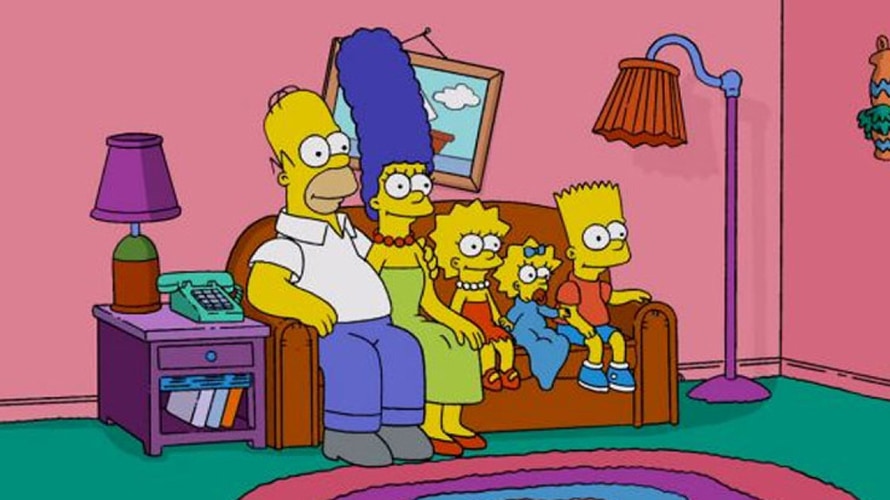 Adweek: How did this idea of recreating famous TV living rooms first come about? 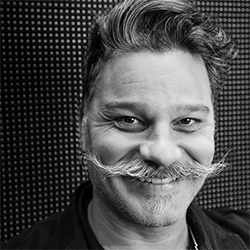 Eduardo Marques, chief creative officer, Publicis Spain: Pop culture is something everyone relates to. Advertising competes every day with what people love to watch, listen, read … there’s new content and entertainment coming out every minute, and we are addicted to it. Advertising needs to stop interrupting people and start becoming as fun and cool as what the entertainment world offers. Brands don’t need only buyers. First, they need fans. We need to jump more into pop culture and be part of what people love. I believe this is what the “Ikea Real Life Series” campaign does.

Were there other TV shows you had considered but ended up not attempting? If so, what made those not work?

We had a list of 60 TV shows, so narrowing down to three was a tough decision to make. Our criteria was “scale”— how well-known the show is—and “iconic visual”—how easy it is for the audience to recognize the rooms.

We still have more to do, not just because this campaign brings us endless possibilities, but also because people are asking for it. The success of this campaign is beyond what we expected, so a lot of cool inquiries are coming from social media, and we’ll make that happen for them. Don’t you want to see more of it? 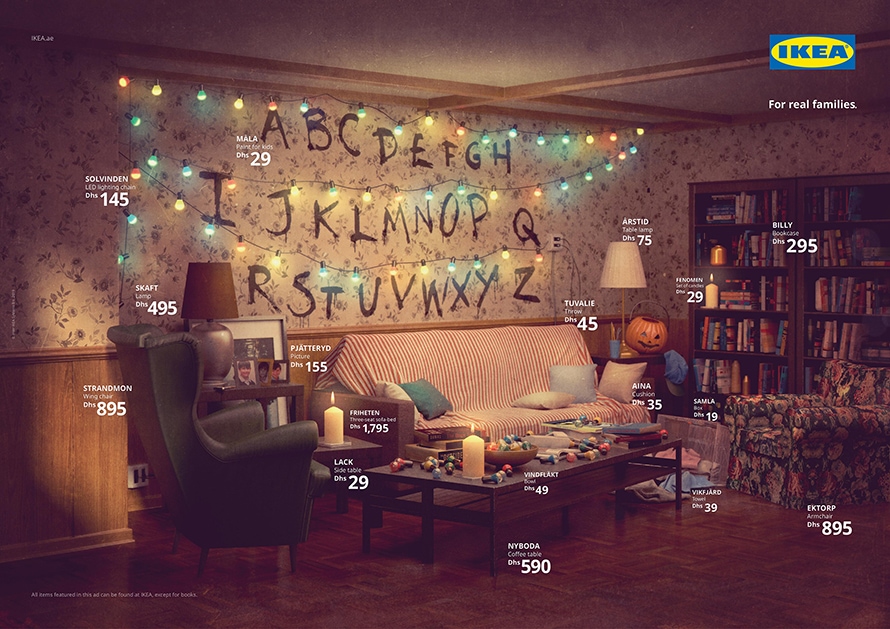 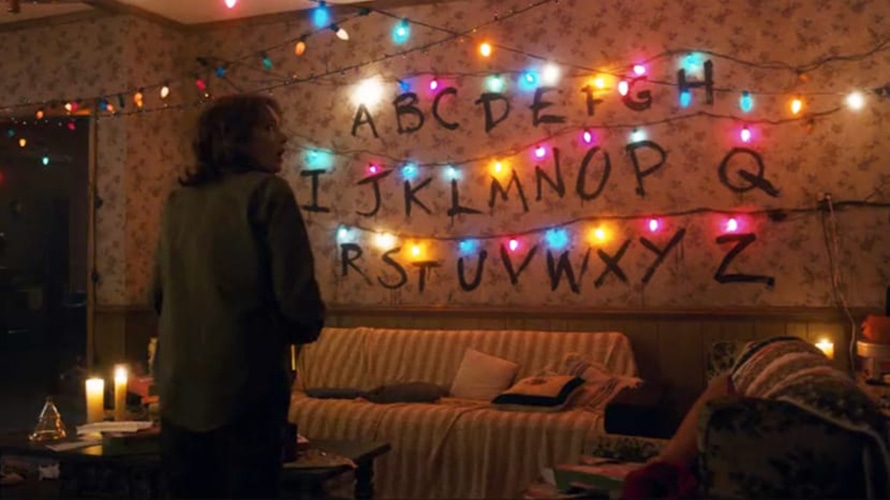 What were the most challenging aspects of this project? Were there any parts that you didn’t expect to be difficult?
The search for the items was not that hard, but tiring, as we needed to go one by one. It took two months to select those. Every single object you see on these ads are from Ikea, except for electronics and books.

The curious thing in the process is that, actually, you can really find anything at Ikea. For every object we needed to recreate the room, we had more than three options at Ikea we could potentially use. So, the hard work was to make the final cut—proof we got inspired ourselves by these iconic living rooms and found more than one way to create similar ambiance using Ikea furniture only.

Were there any legal or licensing concerns about referencing these shows? If so, how did you work around those concerns?
We think we’re paying a homage to these shows. We are bringing nostalgia. We believe we’re making everybody happy here. Ikea is about inspiration, and when thousands of families around the world search the brand’s website for furniture, that’s what we want them to find. We want people to see possibilities and ideas.

In developing the campaign, the agency committed to never mention a single show’s name or use any of their distinct logos. That was done, not only for legal reasons, but because we wanted people to connect the dots. We thought, “If we do our job right, the audience will see the possibilities we worked so hard for them to see.” And they did. The conclusion came from people’s imagination. 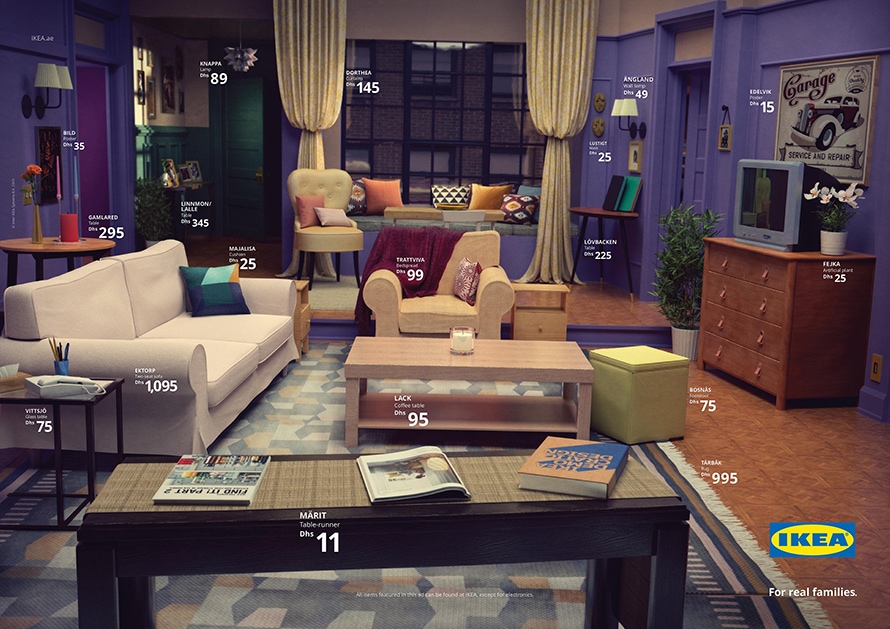 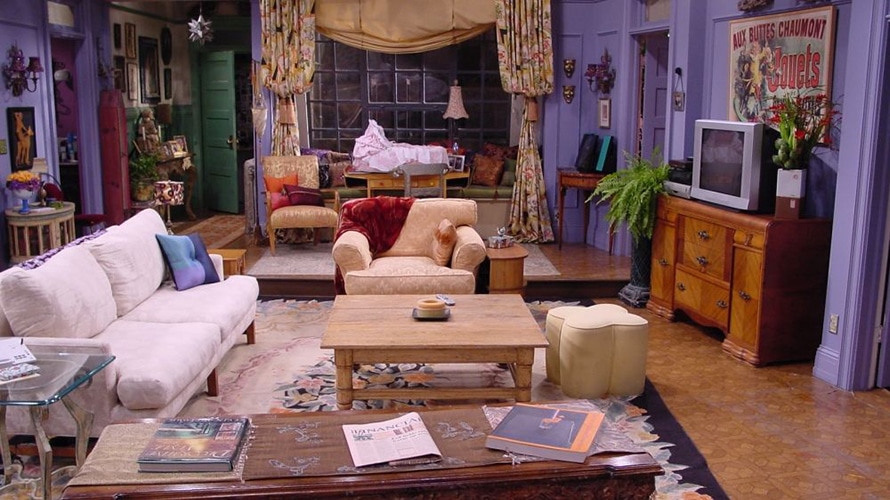 What kind of response have you gotten from this campaign?
We’re still over the moon with the results. We really didn’t believe that a print and poster campaign would be liked and shared all over the web, all over the world, even become memes.

"The 'Ikea Real Life Series' boosted the love for the brand, and drove crazy traffic to the website—50% increase on the first weekend of people looking for the objects used in our iconic rooms. It’s astonishing."
Eduardo Marques, CCO, Publicis Spain

It’s probably the most shared Ikea campaign of all time. But not only that, The “Ikea Real Life Series” boosted the love for the brand, and drove crazy traffic to the website—50% increase on the first weekend of people looking for the objects used in our iconic rooms. It’s astonishing.

Given the strong response to this campaign, will you be expanding it to add more rooms from TV shows? Perhaps other rooms, like kitchens or bedrooms?
Definitely. New ideas don’t stop coming, not only from our team but from the fans as well. This is not just a print campaign; this is a beautiful big idea that goes beyond advertising. The possibilities are endless.