People With Down Syndrome, Frustrated by Voice Devices, Are Teaching Google to Hear Them 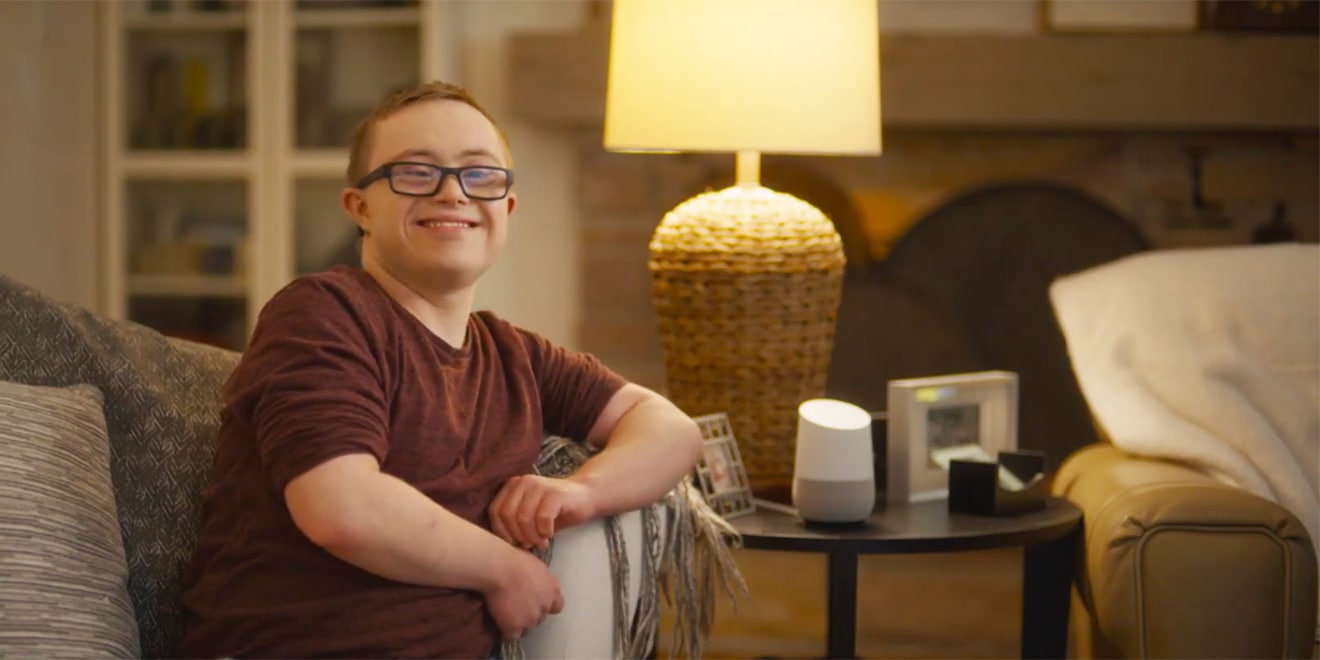 Project Understood from the Canadian Down Syndrome Society is helping Google's voice platform understand those with Down syndrome.
FCB Canada
Share
By David Griner
|
November 4, 2019
Share

Voice-controlled devices could be life-changing resources for people with Down syndrome or other developmental disabilities, but there’s one obvious obstacle that often holds them back: being understood.

Here’s a video explaining both the problem and the solution currently being developed in partnership with Google:

“For most people, voice technology simply makes life a little easier,” says Laura LaChance, interim executive director of the Canadian Down Syndrome Society. “For people with Down syndrome, it has the potential for creating greater independence. From daily reminders to keeping in contact with loved ones and accessing directions, voice technology can help facilitate infinite access to tools and learnings that could lead to enriched lives.”

Timed to coincide with Canadian Down Syndrome Week, being observed this week, the rollout of Project Understood includes a recruitment drive hoping to get more people with Down syndrome to participate in the program teaching Google’s devices to understand a wider range of voices.

Those who want to participate can click the “Donate your voice” button on ProjectUnderstood.ca.

“With the help of the Canadian Down Syndrome Society, we were able to sample a small group to test whether there were enough patterns in the speech of people with Down syndrome for our algorithm to learn and adapt,” says Julie Cattiau, product manager at Google. “It’s exciting to see the success of that test and move into the next phase of collecting voice samples that represent the vocal diversity of the community. The more people who participate, the more likely Google will be able to eventually improve speech recognition for everyone.”

Previous projects created by the Canadian Down Syndrome Society in partnership with FCB Canada included Down Syndrome Answers, which created an array of videos where people with Down syndrome answer questions that are likely searched on Google by parents of children diagnosed with the disability.

In 2018, they created a campaign asking for people with Down syndrome to be added to the Endangered Species List, highlighting a decline in representation for the community alongside a 30% drop in U.S. Down births compared to projections.