There were fewer new business opportunities for creative agencies in 2017, as clients continued a move toward in-house work and project assignments.

“This year, there really was a lack of sizable global creative AORs, particularly those won through a formal review process,” R3 principal and co-founder Greg Paull told Adweek. “Choice and flexibility is now the core mantra. While there will always be marketers looking for a single-source solution, the bulk of CMOs are embracing a more promiscuous approach. The 2017 numbers bear that out.” 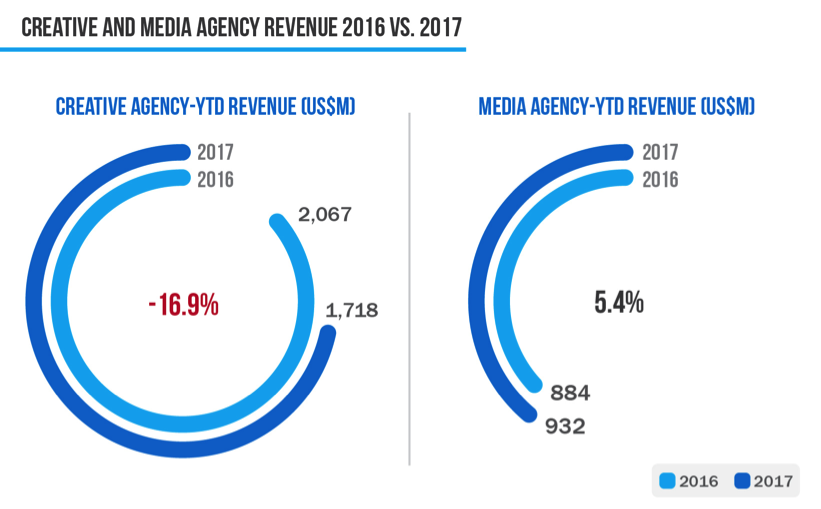 Paull doesn’t think there will be a resurgence in long-term creative agency of record assignments any time soon.

“Clients are under their own constant margin pressure, and in some cases, the agencies have become the scapegoat for these pressures,” he said. “Clients want impact and want choice, and this was never more evident than in 2017.”

Among the major holding companies, WPP and IPG saw gains over 2016, while Omnicom saw a pronounced drop.

“Omnicom’s strong 2016 was tempered by a relatively weaker 2017, and WPP was vice versa,” Paull said.

That can be explained by a series of big account wins for Omnicom in 2016, including McDonald’s consolidating the majority of its account with the network.

“I think the holding group to watch in 2018 will be MDC,” Paull said. “For the second year in a row, they have led the way in new business as a percentage of revenue. They have an improving media and analytics capability, fresh funding from Goldman Sachs and a rich and diverse creative roster.” 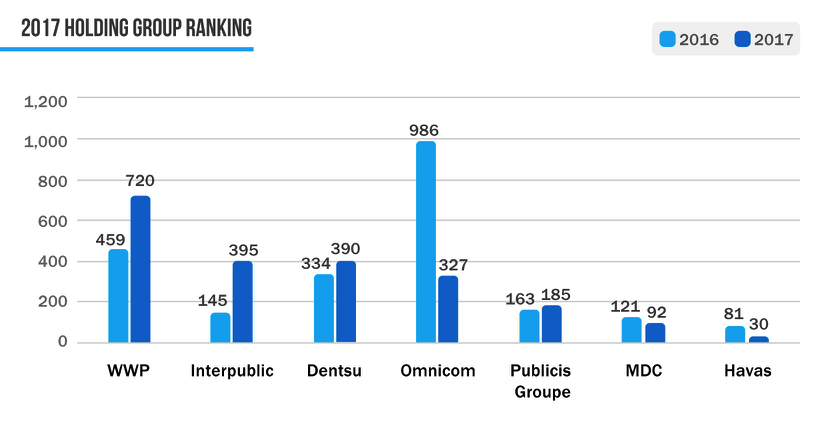 “The holding companies are still winning 85 percent of all business in the U.S. and globally, but the tail is getting longer and longer,” Paull said. “There’s 700 different agencies in this year’s table, suggesting plenty of new players emerging for future years.” 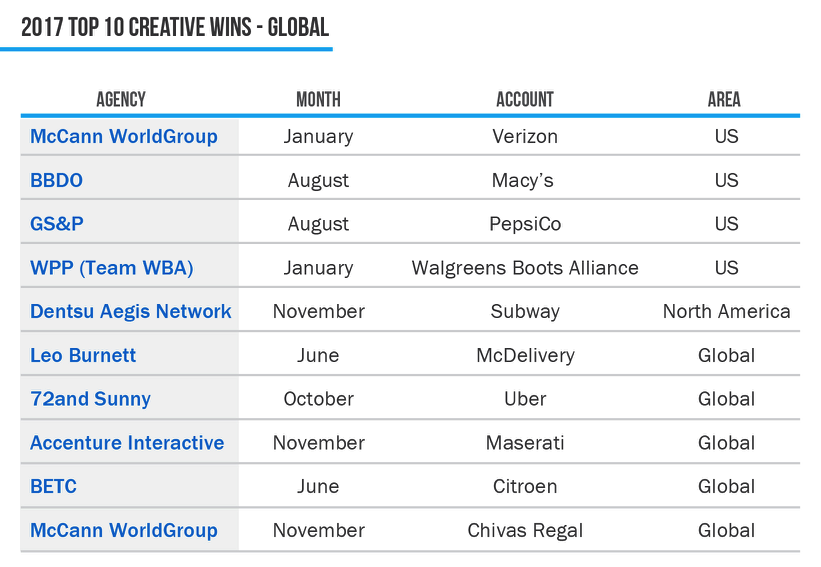 The top four creative assignments in 2017 were in the U.S., led by McCann expanding its relationship with Verizon early in the year and BBDO winning creative duties on Macy’s in August. Media assignments were more global, although the top assignment, Dentsu Aegis Network’s Vizeum picking up media duties for AB InBev, was a U.S. assignment. 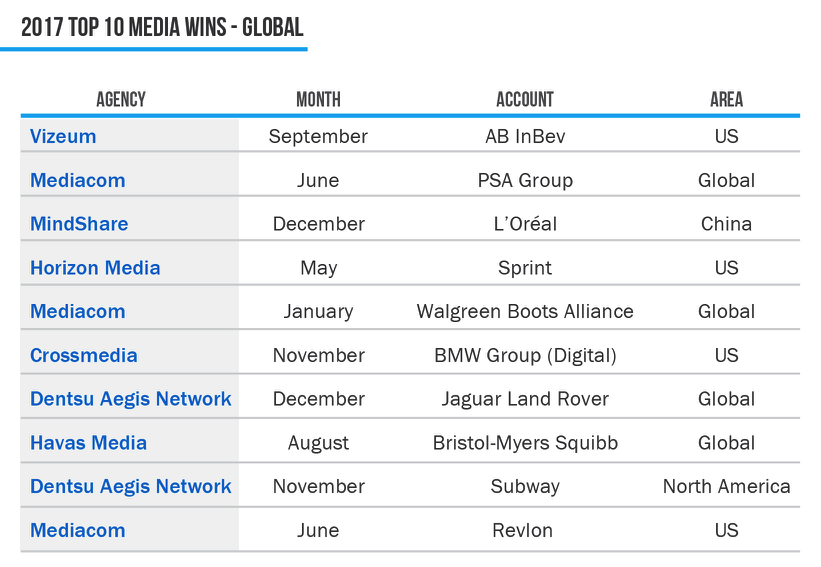 “Historically, creative relationships have been stable cash cows for the holding groups, but that dynamic is now changing to media,” Paull said. “But in a sense, the whole industry is changing, as we foresee regular procurement-led media reviews on a two- or three-year timetable. The smartest holding groups are already anticipating this cycle.”