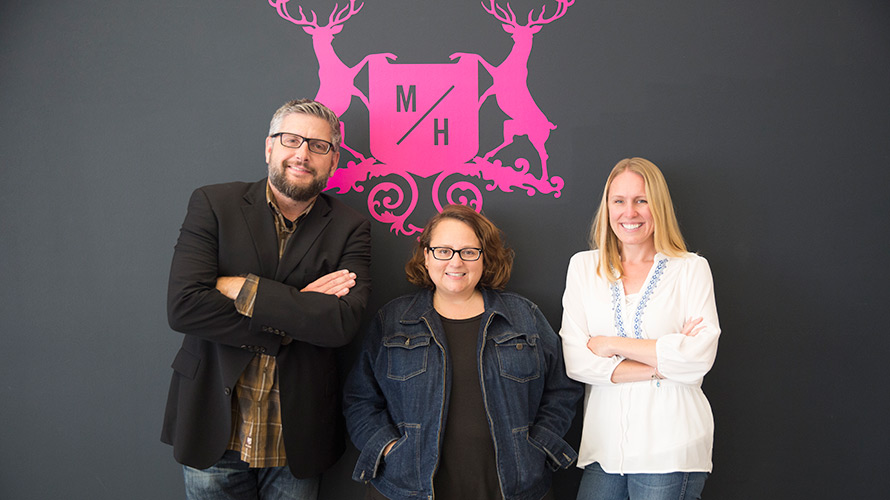 San Francisco-based agency Muh-tay-zik Hof-fer has three new hires to announce today, all aimed at rounding out the agency’s leadership team. At the beginning of the year the agency elevated four of its executives–including director of creative services, Katy Aquino and director of media, Eric Perko–to partners.

The agency announced today that it has hired Paul Stechschulte as its new executive creative director, Tanya LeSieur as head of production and Katie Ramp as director of talent. The hires also come just over one year after Muh-tay-zik Hof-fer entered into a partnership with London-based VCCP.

Stechschulte joins the agency from Airbnb where he served as the brand’s creative director. During his time at Airbnb, Stechschulte spearheaded the “Accept” campaign that launched shortly after the results of the presidential election rolled in last year. He also has a strong agency background. Prior to Airbnb Stechschulte worked at Wieden + Kennedy, Arnold Amsterdam and Goodby, Silverstein & Partners.

He will report to founder and chief creative officer John Matejczyk, effective immediately.

As the new head of production LeSieur will be in charge of production for all clients including Method and Audi. Previously LeSieur was at TBWA\Chiat\Day serving as chief production officer for clients like Airbnb, Gatorade and Disney. She has also worked at Saatchi & Saatchi in both New York and L.A. as well as Goodby (where she first met Matejczyk).

Finally Ramp joined Muh-tay-zik Hof-fer a few weeks back as the director of talent–a newly created role at the agency. She joins the agency from Heat in San Francisco where she held a similar position. Across the board in the new position Ramp will be tasked with bringing in stellar and diverse talent to the agency.

“Her energy is infectious and everyone around her gets a life,” Matejczyk said.