Adweek spoke with all of them, and here's what marketers need to know 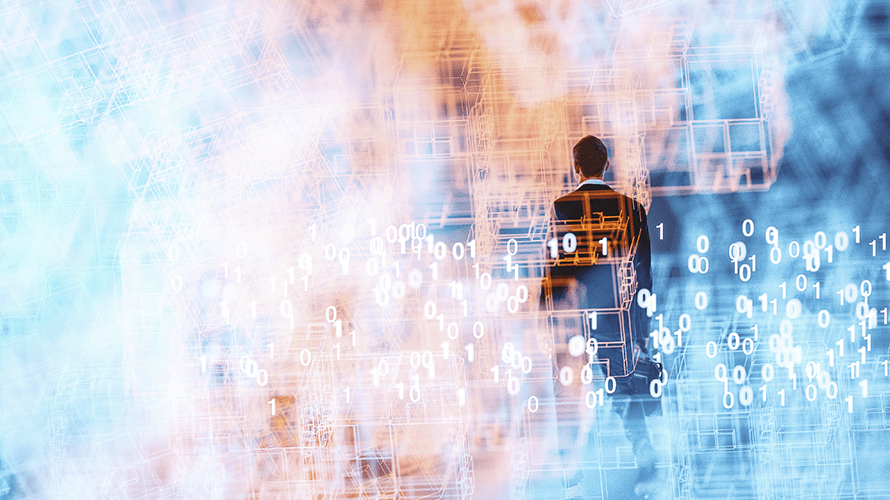 If recent high-profile acquisitions are any indication, the ad industry is in the midst of a veritable data gold rush, and first-party data assets are the means for staking your claim.

In April, Publicis bought Epsilon for $4.4 billion, less than a year after IPG agreed to purchase Acxiom for $2.3 billion. And in 2016, IPG rival Dentsu Aegis Network spent $1 billion on a majority stake in Merkle, a performance marketing outfit with expertise in digital, search and customer-relationship-management data services.

But all data is not created equal, and marketers need to do their homework before aligning themselves with one company over another. “It’s really not a one-size-fits-all,” notes Ana Milicevic, co-founder of the programmatic consultancy Sparrow Advisers. “What can be a strength for a particular type of client can be a weakness for someone in another vertical, country or region.”

For brands trying to decide which data offering is right for them, the first thing to know is which model the holding company has adopted.

In a federated approach, like that used by WPP and Omnicom, agency data platforms reconcile third-party data sets with clients’ first-party data, explains Forrester principal analyst Jay Pattisall, author of the new report “The Agency Data Platforms That Will Power Creativity at Scale.” In the proprietary model, platforms such as IPG’s Acxiom, Publicis’ Epsilon and Dentsu’s Merkle assemble first-party data assets, which they use in conjunction with third-party assets and client data.

And it gets more detailed from there. Adweek spoke with execs from each holding company about their data operations in order to bring clarity to what’s on offer as the stakes within the industry continue to rise.

“While everyone talks about the importance of data as a new currency, it is still often misunderstood, or underutilized,” notes IPG COO Philippe Krakowsky. “The potential benefits of getting this right, and the risks of not doing so, will only keep escalating.”

Dentsu Aegis Network: M1 gets an ‘A’ rating

Lee argues that what sets Merkle apart is that it owns both an abundance of first-party capabilities and the third-party data assets to back them up. He also cites the “the console and analytics-led orientation to Merkle” as a leg up on the data offered by its competitors. Merkle boasts a slew of analysts and data scientists among its ranks, with 2,000 such specialists added relatively recently, according to Lee, along with its own in-house media agency.

“Merkle was the only data company of its peer group that was already an agency,” he says.

Merkle’s integration into media agencies was an early focus because of Dentsu Aegis Network’s concentration in the area, says Lee, estimating that 75-80% of M1 users were related to the network’s media agencies. M1 also has a team that works with nonagency clients via Merkle, teaching them the basics of the platform and licensing M1’s underlying assets. 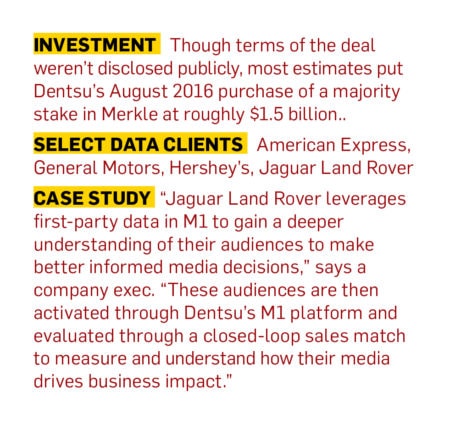 Another strength? Not relying strictly on a cookie. The foundation for M1 is its identity resolution (ID), says Lee, which pulls data from in-store transactions, online purchases, loyalty programs and more, before layering that data with more data aggregated from various sources—like device IDs, cookies and set-top boxes.

Lee likens this part of Merkle’s ad stack to “the basement of the house,” with the next level being Merkle’s data assets, including proprietary products like Data Source, its demographic and behavioral-based file comprising roughly 10,000 attributes aggregated from a consumer’s financial, location and product-based data. 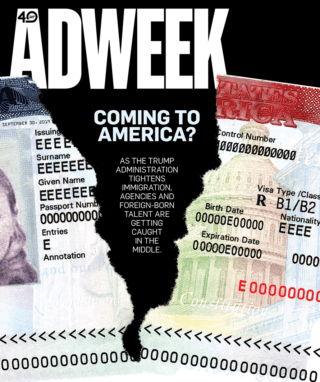