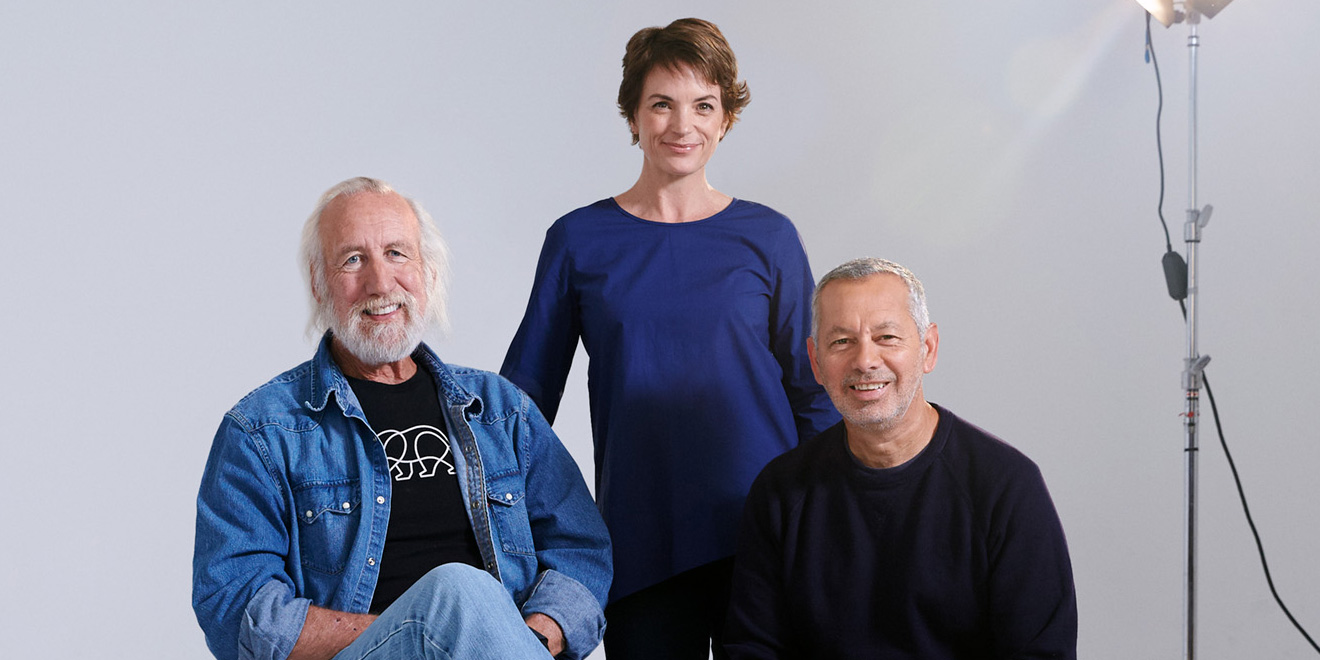 Lee Clow was drawn to purpose-based advertising long before it was trendy.

The hippie surfer from West Los Angeles, who rose to become the art director of his generation and the creative visionary and mastermind of Apple advertising at Chiat/Day, has long been an advocate for dogs and a key supporter of the Best Friends Animal Society.

Now in his mid-70s and in the twilight of his storied career, Clow has doubled down on advertising that does good in the world. He helped to start the TBWA unit MAL\For Good (MFG) in 2014, an agency dedicated to purpose-based work—and is now helping to expand the unit with new hires. (The MAL part of the MFG name refers to Media Arts Lab, the Apple-focused TBWA unit in which Clow has also been central, and from which MFG sprang.)

MFG, based in Los Angeles, describes itself as “a social impact agency committed to the planet, the people who inhabit it and brands that want to make a difference.” Its clients have included XQ Institute, Emerson Collective, Conservation International, Starbucks, One Love, Tom’s, Earth Justice and Best Friends Animal Society. (The “Nature Is Speaking” spot for Conservation International, created by MAL just before the founding of MFG, won gold in Cannes and is one of TBWA’s great environmental pieces.)

Duncan Milner, the longtime chief creative officer of MAL, came over to MFG as CCO last fall. Last week, MFG ramped up its leadership team by hiring Julia Porter Plowman as managing director. Plowman was a global group account director at Wieden + Kennedy and has experience in purpose-based advertising through her work with the Nike Foundation, where she helped launch “The Girl Effect,” a multiplatform campaign promoting investment in adolescent girls in the developing world to break the cycle of global poverty.

MFG also released a manifesto last week outlining its “Be good. Do good” philosophy and launched its first website, malforgood.com. The moves are intended to raise MFG’s profile and “accelerate its mission to solve big, bold social issues,” according to the agency.

Adweek spoke with Clow about the changes at MFG, and his thoughts about how advertising can do good in the world—without alienating consumers or wading too deeply into politics.

Adweek: So many brands are doing purpose-based advertising now. But this has been an important thing for you going back decades.
Yeah. First, it was just about caring about stuff. Public service, or pro bono, has been part of the ad biz for a long time. Historically, pro bono was a place where creative people could have a little more freedom, and do some things that surprised people by having a purpose and a point of view. You found something you cared about—I’ve been working with Best Friends, the animal society, for years. We’ve done things over the years. But it’s evolved into something that I think it needed to be.

My focus for many years was primarily on Apple. And Apple, as it evolves with Tim Cook’s leadership, a lot of things that brand cares about are becoming part of the totality of the brand. That’s an evolution from the Steve Jobs era, where Steve was this master marketer and inventor of great products. Apple continues to focus on great products, but Tim, as the leader, has a personal point of view about the responsibility of a giant brand, a global brand like Apple. It became something we began discussing. What is its role? Where does it fit?

Particularly with the environment, right?
The environment, for sure. Diversity. The treatment of customers. The treatment of employees—say, in Asia. You recall the whole Nike thing. They started accusing Nike of not behaving well in its offshore production in Asia. It’s just become apparent in this new transparent world we live in that the totality of how a brand behaves is marketing communications, is marketing messages. Understanding the world and the way, in particular, people under 30 think about the world, versus the older demographic, understanding where a brand’s responsibility fits into their view of a brand became something we started exploring through a group called the Audience Behavior Lab, which was part of the Media Arts Lab. It evolved into this place where, as we’re interrogating and trying to understand audience, this thing about purpose, about going beyond selling stuff, it became apparent that the real dimension of any brand—whether it’s a purpose-based brand unto itself, or whether it sells other things—its purpose and its way of behaving on the planet ultimately have something to do with its reputation.