One creative said she was blacklisted 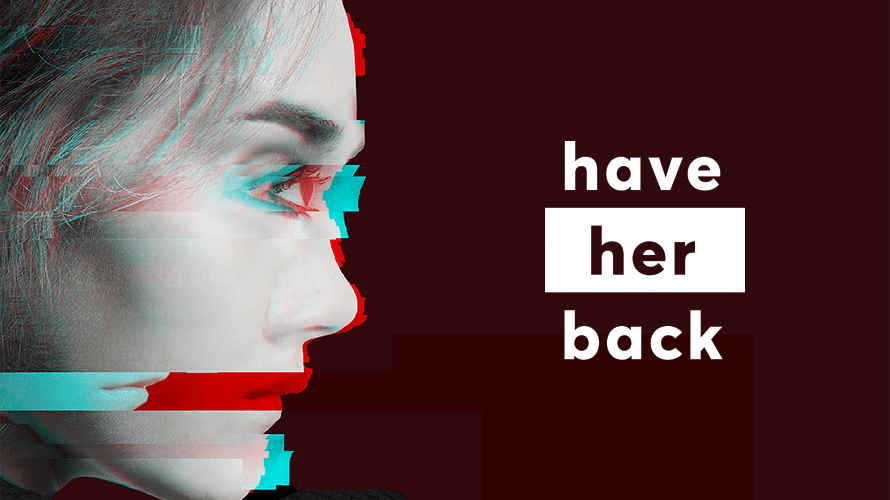 Have Her Back invites all IPG staff to discuss the evolution of MeToo at an event in New York.
Share
By Lindsay Rittenhouse
|
July 18, 2018
Share

Has the #MeToo movement lost its steam?

“I’ve been told that I am fuckable by a male colleague,” Golin chief creative officer Caroline Dettman told a mostly female audience at the agency’s #HaveHerBack event in New York Tuesday evening. “I have been asked off a pitch because I’m told I come off too strong.”

Dettman continued, “I point these two out because those happened in 2018.”

She had a message for those in the industry who “want to move on” and feel conversations around #MeToo have been exhausted: “I’m here to say changing culture is hard, and it takes patience, and it takes time, and this is just the beginning.”

Golin’s parent company, IPG, hosted the #HaveHerBack event and extended an invitation to all of its employees and partners. Dettman spearheads the movement, which launched in March, to drive agencies to support employees who speak out against sexual harassment and help women who have been ostracized for doing so reenter the ad industry. 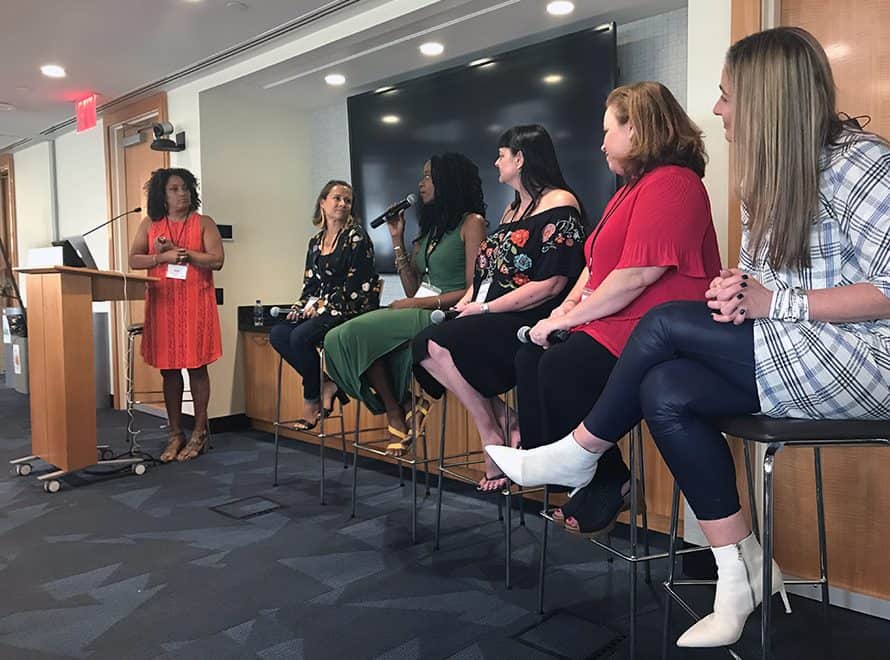 The event included several positive announcements. Dettman said the group raised $2,500 from the event to support the Time’s Up Legal Defense Fund.

IPG chairman and CEO Michael Roth also reaffirmed his commitment to a zero-tolerance policy for all forms of harassment and said he is actively looking to hire more women and minorities at the holding company—including a board member.

While the majority of the #HaveHerBack event focused on actions taken so far to right an industry that has been wrong for too long, it also emphasized the importance of continuing the #MeToo movement.

Lisa Leone, a freelance creative director and panelist at Tuesday’s event, served as an example of why the work around #MeToo is not done.

In July 2016, before the #MeToo movement exploded, Leone detailed her own personal experience with sexual harassment throughout her career in a Medium post titled “Ad Girl, Interrupted,” which was later republished in The Cut. 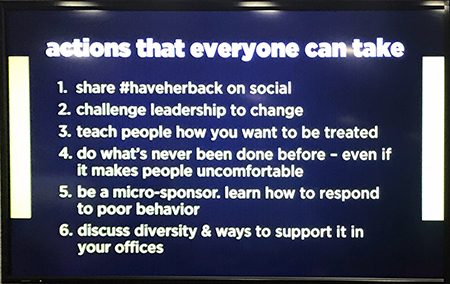 Leone, who has worked with Leo Burnett, JWT and BBDO, was freelancing at the time and based out of Chicago. She told Adweek after Tuesday’s event that she was blacklisted from the Chicago market after her essay went viral.

“I went from working consistently to in one and half years, I had one gig, and that was through the introduction of a mutual friend,” Leone said. One unnamed agency went so far as to send her a cease and desist letter, forcing her to remove any of its work she helped create from her portfolio.

One of the incidents Leone wrote about in 2016 occurred when she was working as a full-time employee at an agency she declined to identify to Adweek. She said her male creative partner at the time told her he wanted to have sex with her. When she declined, he complained to their boss that they weren’t working out and needed to be separated. Leone’s partner moved to a bigger account, and she was demoted, she said.

Even as women around the world reached out to her, praising her bravery for speaking out, she began wishing she had never done it. And because she spoke out prior to #MeToo gaining momentum in the advertising industry, she was forgotten.

When she first saw #HaveHerBack encouraging women to speak out against sexual harassment post-#MeToo, Leone said, she contacted the group to stop them from spreading that message.

“I was like, ‘Don’t encourage people to speak up,'” Leone explained, recalling her first interaction with #HaveHerBack. “‘It’s terrible. I feel very isolated and let down by the very people who are saying to do more of this.'”

Leone said Dettman offered to meet with her the following week to help in any way she could and ultimately helped her land some freelance work.

“It’s definitely better now,” Leone said with tears in her eyes. “Caroline has made me feel like I deserve a place in this industry.”

Leone said she no longer regrets the Medium essay she posted, but she is still freelancing and looking for a full-time position.