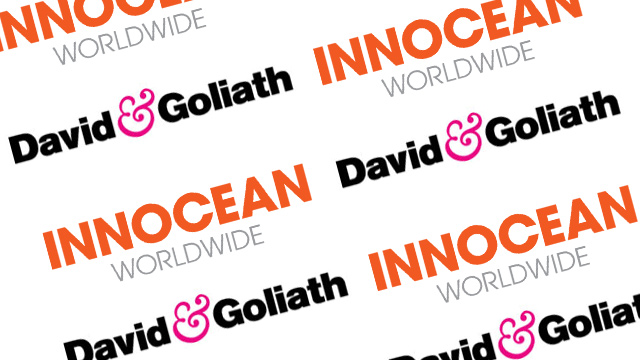 Innocean Worldwide, the Hyundai Motor Company’s global advertising division, will soon announce a deal to acquire American independent creative agency David & Goliath, according to multiple parties who have spoken to Adweek on background.

Sources say the South Korean auto giant seeks to expand its international advertising business by buying the El Segundo, Cal. agency, whose best-known work is a string of Kia Super Bowl ads stretching back to 2010 and an extended campaign starring a series of CGI hamsters. David & Goliath—which was founded in 1999 by David Angelo and Skip Sullivan after Kia fired its former agency Goldberg Moser O’Neill and gave them the business—has since expanded its roster to include such brands as Jack in the Box, the California Lottery and Universal Studios Hollywood, among others.

In a story that ran in BusinessKorea this morning, an unnamed Innocean executive said that “it is true that we are in talks,” adding that the deal should be completed by the end of the month.

The specifics of the agreement are unclear at this time. One executive with knowledge of the matter said the deal would allow both organizations to grow their operations around the world with the help of Innocean’s data-driven marketing operations, noting that the two had collaborated on projects for several years. According to this source, the independent agency will retain its autonomy and run its own accounts separately from the Innocean organization.

Various industry analysts have estimated David & Goliath’s annual revenue at between $40 and $50 million. BusinessKorea sources said Innocean brought in $252.78 million in revenue and recorded $23.24 million in profits for the third quarter of 2017.

The Hyundai and Kia corporate brands, along with their respective dealership associations and local dealers across the U.S., spent $1.15 billion on domestic paid media last year and $505 million during the first six months of 2017, according to Kantar Media.

Multiple parties have spoken of a pending acquisition as far back as July, and “investment banking and advertising industry sources” also told BusinessKorea that the process spanned “the second half of this year.”

Earlier this month, representatives for David & Goliath, Innocean and Hyundai all declined to confirm the news. “As far as Hyundai is concerned, this is just industry speculation,” said a spokesperson for the South Korean company at the time, adding, “[we] will be consistent with our policy of not commenting on rumors.” Today, the spokesperson updated that statement: “Hyundai highly values its partnership with Innocean and is fully supportive of the business decisions it makes to improve and enhance its operations.”

Two weeks ago, an Innocean representative acknowledged that the topic of such a merger “is one that comes up a lot,” noting that “we have a very tight alliance with D&G as we also manage some of the ancillary projects for Kia.” The spokesperson forwarded a request for additional comment to president and CEO Steve Jun, who has not yet responded.

Adweek has also reached out to several of David & Goliath’s largest clients, including Kia, Jack in the Box and the California Lottery. All have either declined to comment or not responded.

Hyundai launched its advertising division in Seoul, South Korea in 2005. Innocean’s primary function remains managing the carmaker’s global communications and marketing business across offices in 17 countries from Australia to Mexico.

The three executives were succeeded by Bobby Pearce and Wells Davis, who currently hold the chief creative officer and chief strategy officer roles, respectively. Prentice’s predecessor Brian Dunbar also abruptly stepped down as president in June after seven years with the shop; his departure came after that of chief marketing officer Stephen Larkin.

Earlier this month, Kia confirmed that it will be returning to the Big Game for the ninth consecutive year after running a 2017 spot starring actress Melissa McCarthy.