He succeeds Ted Royer, who departed in February 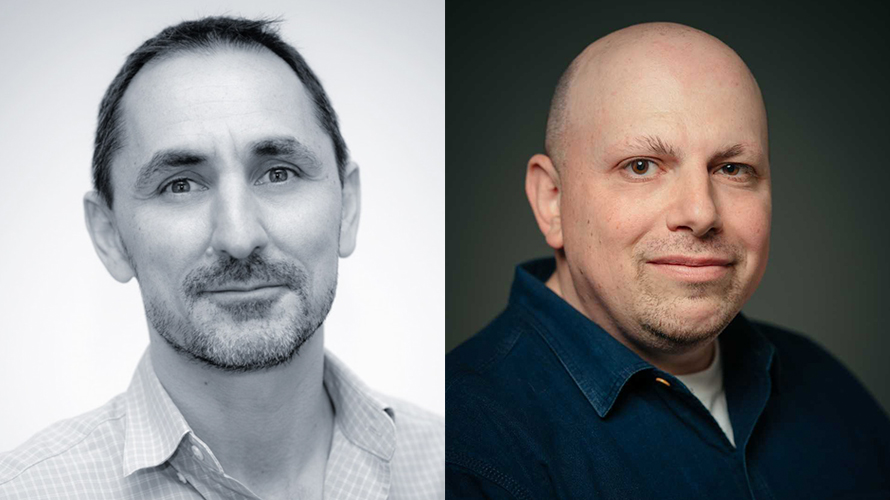 Heymann will lead a 167-person department, reporting to founder and creative chairman David Droga and overseeing all campaigns produced by the shop, which was Adweek’s U.S. Agency of the Year for 2012, 2014 and 2016. The new CCO also appeared on Adweek’s inaugural Creative 100 list in 2015.

Heymann’s promotion comes three and a half months after Droga5 abruptly fired his predecessor, Ted Royer, amid unspecified reports of an internal investigation and statements regarding the agency’s efforts to maintain “a safe and inclusive environment for all our employees.”

The new creative lead joined Droga5 in 2009 as a digital associate creative director and went on to lead some of its most memorable campaigns for clients such as MailChimp, Blue Apron and Jay-Z.

Longtime veteran gets the nod

“It wasn’t just about filling a role or filling a title,” Droga told Adweek when asked why his agency decided to promote Heymann to one of its most influential positions. “It’s very much about putting someone in who is going to help lead us to where we need to go as an agency. We’ve had a spectacular 12 years, but you can’t just rest on your laurels. [Neil is] someone who adds a different dimension to that but has a strong character and voice.”

Droga also revealed that many prominent, if unidentified, people both within and beyond the organization had “put their hand[s] up for that role” in the months following Royer’s departure. According to the agency founder, Heymann always stood out despite this “flattering and surprising” abundance of candidates.

"Neil is the creative leader we need to guide us into the next chapter of the agency."
Sarah Thompson, CEO, Droga5

“The work he’s done, the way he leads himself and how he collaborates with clients is very special and unique,” Droga said. “That is the future base of what a leader should be. There’s enormous power in humility, and it’s earned.”

Droga said his agency’s future CCO “has to be someone who is going to bring along a lot of other strong creative leaders in the company,” adding, “We’ve never been just about one voice, one style or one thing.”

Like Droga himself, Heymann hails from Australia. He began his career as an interactive art director and designer at Amnesia (now Razorfish) and TEQUILA\TBWA before moving to the U.S. in 2007 to join CP+B, where he worked on major campaigns for Burger King.

CEO Sarah Thompson described him as “the creative leader we need to guide us into the next chapter of the agency,” citing his ability to “bring together multidisciplinary teams in service of his vision for real integrated ideas, to great success.”

“He is also a generous and humble human, a teacher and an advocate, who often believes in people before they believe in themselves, bringing out the best in all who work with him,” she said.

Moving in a well-designed direction

When asked to describe recent changes in the way his agency approaches its work, Droga mentioned the early 2017 launch of an internal creative council “of our strongest voices,” noting that Heymann will now lead that group. He also cited a shift toward more design-oriented work, citing last year’s hire of Verizon veteran Jason Severs as the agency’s first chief design officer.

“One of the most exciting things to me about this opportunity is … the elevation and renewed focus on design, creative tech and user experience,” Heymann said, explaining Droga5’s move toward “teams that have not always followed the traditional art director-copywriter model.”

"I don’t want to be in the wallpaper business. We’re still paid for our ideas and our opinions, not just the processes we deliver."
David Droga, founder and creative chairman, Droga5

“We have to get our input from different places because that’s where we’re getting our assignments these days,” he added.