Digitas Makes This Clear at NewFronts: Nothing Is More Important Than Trust Right Now 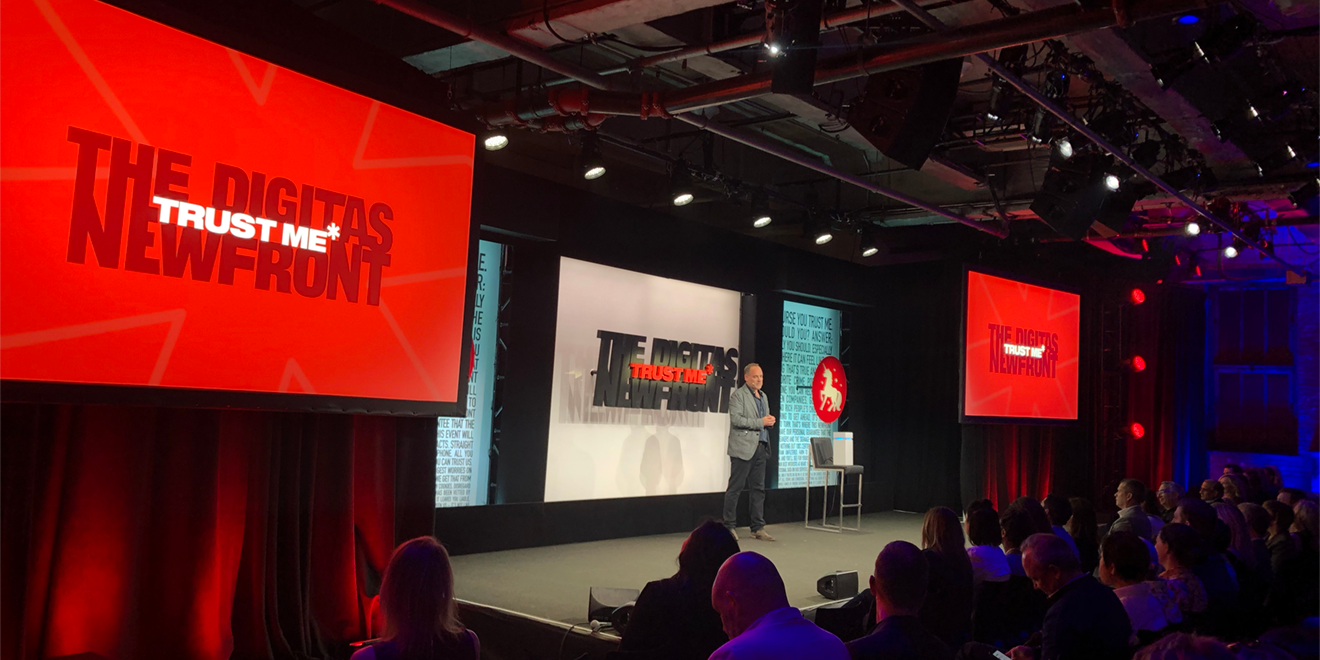 Since 2008, Digitas has carved out a unique space in the NewFronts scene. A pioneer presenting digital when the lion’s share of attention and budgets are paid to TV upfronts, the agency has continued to evolve its NewFronts time as not just an offering to brands and platforms, but a genuine thought leader.

Last year, the theme was about rallying brands to take a stand. This year, with the spotlight on privacy and brand safety, the talks were about trust, a topic that, according to Digitas’ global chief creative and content officer Scott Donaton, is permeating other presentations in New York.

“Someone asked me if all of the NewFront organizers talk about themes because trust has been so big throughout the week,” he said. “We create our ideas independently, but it’s always nice that this is the conversation that the industry is having, and should be having, at this moment.”

Specific topics covered technology including “deepfakes,” technology designed to superimpose images and sound on humans, that has become more realistic and troubling. Vice Media CEO Nancy Dubuc shared the importance of their role in the media and the upcoming presidential election. Hulu’s vp of brand marketing and culture, Nick Tran, talked transparency. And marketing maven Malcolm Gladwell, striking a positive tone, effused about the impact of podcasting.

Each of the roughly 10-minute talks were dense in concepts, and featured a wide range of ideas about how trust will continue to not only impact media and brands but society at large.

On the Media host Bob Garfield noted that consumers are incredibly exposed in the “total information age” and that there is a great mistrust of brands.

“People really don’t believe advertising messages,” he said. Garfield, who announced an upcoming nonpartisan civic education platform called Purple, set his sights on native content and the precarious position trusted publications have when advertising messages are woven into the context of journalism.

“Native advertising, by tricking readers and viewers into thinking that they’re looking at organic editorial content, is bartering away the very resource [of trust that has been built],” he said. “Native advertising, as a concept, is fine. As long as brands disclose what they’re doing, the clickthrough rates might not be as good, but there is no harm being done.”

On the brand side, a particularly compelling presentation came from Erin Condon, vp of front store and omnichannel marketing at CVS. Onstage with Digitas CMO Jill Kelly, Condon discussed the brand’s commitment to stop selling tobacco in its stores in 2014, estimated to be a $2 billion hit to the brand, and its effort to eliminate digitally altered imagery in ads.

“This wasn’t a gimmick that CVS came up with,” Condon said about the BeautyMark program. “This was about listening to our consumers. We took a bold stand, and we’re excited that we did.”

On the tobacco move, Condon said, “We recognize that there is a small sacrifice and there are some consumers that may no longer choose us, but we’re trying to win them over in the long term.”

Relevant to the agency world, 4As president and CEO Marla Kaplowitz gave an overview of “Privacy for America,” an ambitious effort on the part of her organization, the ANA and IAB, to pressure Congress to enact a national privacy law to protect consumers. Kaplowitz noted that the current system of self-regulation works “up to a point” and that a slew of data breaches demands a more systematic approach. 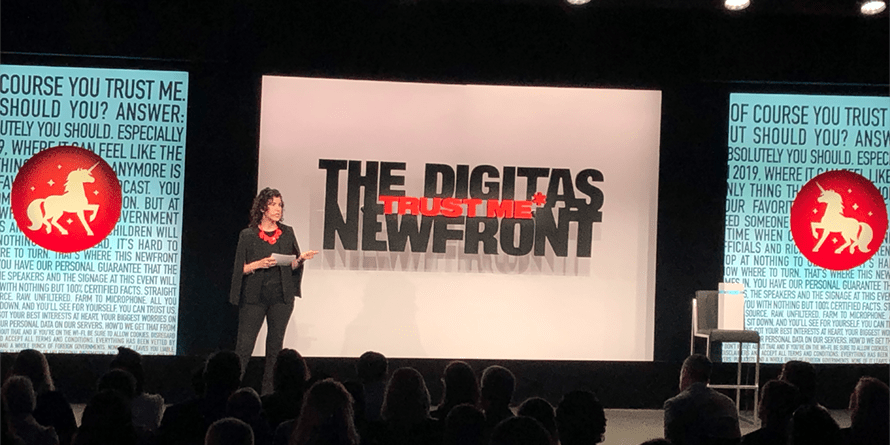 “This is something with bipartisan support [in Congress],” said Kaplowitz, noting that more detail of the plan will come out in the next month or two. “Everyone is recognizing that there is a need for federal legislation. The challenge will come down to how we make sure that it’s a priority.”

A major highlight of the event was Digitas’ announcement of an upcoming AR documentary app that immerses people into the “Moonshot” launch of Apollo 11. “JFK Moonshot,” developed by the agency and the John F. Kennedy Presidential Library and Museum, marks the 50th anniversary of the moon landing and shows how Kennedy’s ambition made the project possible.