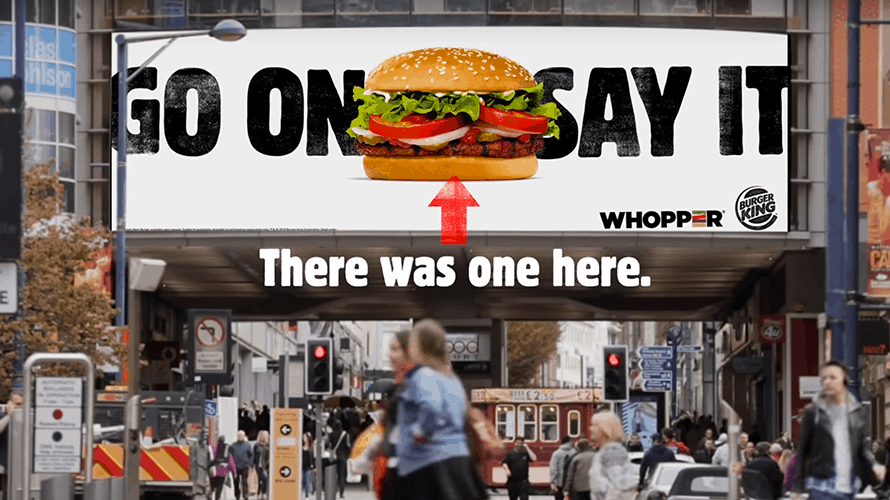 Burger King is ending 2019 by revealing a secret stunt it’s been conducting all year long in the U.K.

The fast-food chain has purportedly been placing a McDonald’s Big Mac behind each of its ads featuring a Whopper, the idea being that the latter covers up the former due to its size.

According to BBH London, the agency behind the stunt, Big Macs were inconspicuously placed in every piece of print, TV and in-store advertising that people came across this year.

“Placing our competitor’s product in our own ads throughout 2019 without anyone knowing has been one of the most fun ideas we have ever executed,” Ian Heartfield, chief creative officer of BBH London, said in a statement. “It is of course just a good old-fashioned product comparison idea, but it’s been brought bang up to date by some lateral thinking and rebellious media behavior. We’re loving it.”

It’s anyone’s guess as to whether or not Burger King actually went through the trouble of doing this, but it’s firmly in line with the brand’s trolling antics (at the start of the year, the chain mocked McDonald’s for losing its Big Mac trademark in the EU by posting a “Not Big Macs” menu in Swedish locales).