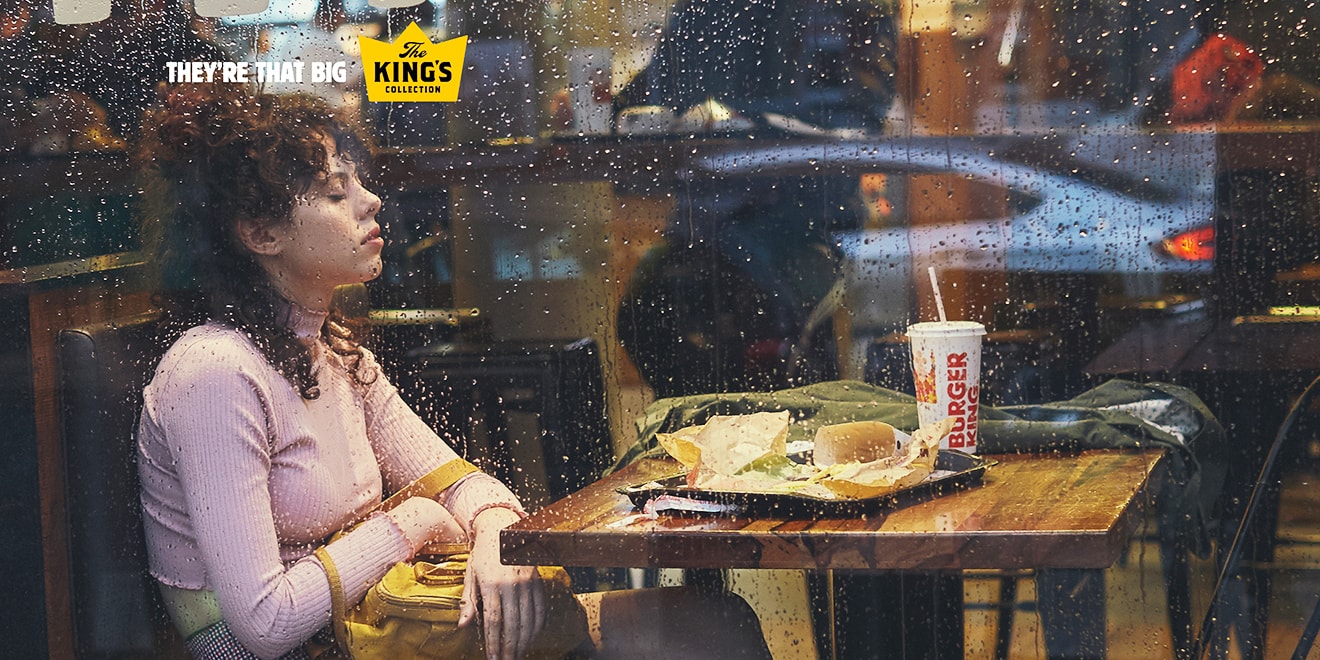 Real customers who dozed off at their tables became ad stars in the 'Food Coma' campaign. Burger King

Most fast-food campaigns like to celebrate the first bite of a burger and then fade to logo, but this Burger King print campaign takes you straight to the other end of the meal: the post-gorge nap.

Independent agency We Believers created the “Food Coma” campaign for Burger King in Mexico, but the global brand has already licensed the ads to run in other markets across the U.S., Latin America and Europe.

Gustavo Lauria, co-founder and CCO of We Believers, tells us the concept began with a restaurant manager’s comment to the agency that some customers like to sneak in brief naps after a meal, and the manager noted (half seriously) that the larger the burger, the more likely the nap.

Running with that idea, the agency hired a photographer to spend a month catching real customers nodding off at Mexican locations and turn them into ads. Specifically the ads promote the “King’s Collection,” which are the largest burgers on BK Mexico’s menu.

The work will run across print, out-of-home and social.

While the ads might seem like an odd approach for most major chains, Burger King has been dabbling in eyebrow-raising print-led campaigns for several years now.

In 2017, agency David created print ads featuring actual fires at Burger King locations, with the darkly cheeky tagline, “Flame Grilled Since 1954.” The agency, in partnership with students at Miami Ad School, also created 2018’s “McMansions” campaign that subtly highlighted how many McDonald’s executives have grills at their homes.

A 2018 campaign from LOLA MullenLowe promoted delivery by highlighting real car crashes at Burger Kings, with the line, “Leave it to us.” This year, the same agency brought us the “Birthday Clowns” campaign that featured vintage photos of children being terrified by actual clowns, encouraging customers to “come to Burger King for a clown-free party” (one of many digs the brand has made at rival McDonald’s in recent years).