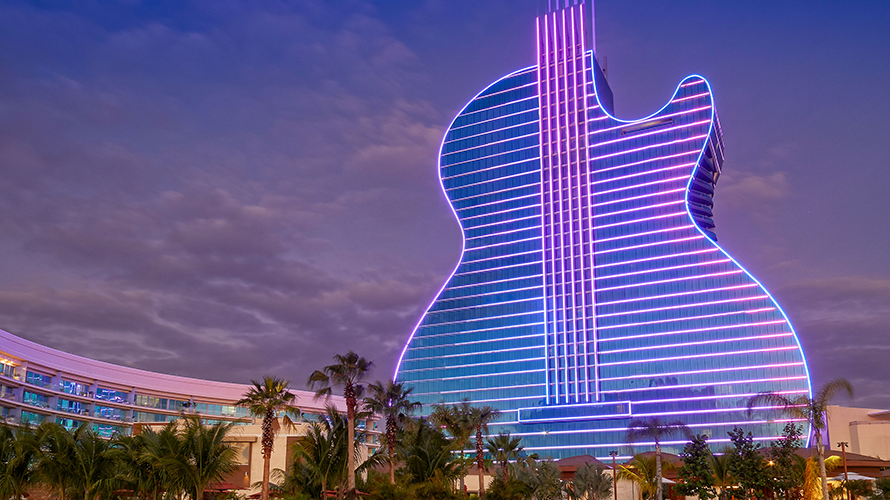 Following the death of Kobe Bryant, Hard Rock International has made edits to its first Super Bowl commercial set to air directly before halftime. The spot, directed by Michael Bay, will feature Jennifer Lopez, her fiancé Alex Rodriguez, and Miami’s own Pitbull and DJ Khaled.

But the version of the ad that airs on Super Bowl Sunday will not include originally planned scenes that “could be perceived as insensitive” in light of Bryant’s death, along with eight others, in a helicopter crash on Jan. 26.

“Hard Rock is incredibly saddened by the news from this past weekend and sends deepest condolences to all those affected by this immense tragedy,” according to a company statement.”Given the news, we immediately made the decision to remove scenes that could be perceived as insensitive.”

The brand and VaynerMedia, the creative agency behind the ad, declined to describe the specific scenes that were removed or altered. Director Bay is, however, best known for featuring explosions and crashes as primary elements in his action movies.

Bryant died in Calabasas, Calif. on Sunday alongside his daughter, Gianna.

This is the second brand to make a change to its Super Bowl campaign ahead of the big game. Planters, already underway with its #RIPeanut teaser, had to hit pause on its social campaign after the news broke of Bryant’s death. But the brand still plans to air its spot, reportedly involving a funeral for mascot Mr. Peanut.

Speaking about the decisions to pause the social campaign around the death of Mr. Peanut and revise the Hard Rock spot, VaynerMedia CEO Gary Vaynerchuk told Adweek he believes it’s important for marketers to err on the side of caution when reading the cultural mood of the moment.

“We had the unfortunate scenario that our creative was uncomfortably nuanced in a way that had enough similarities that are just difficult to fathom,” Vaynerchuk said. “It is our job in this industry to be good at taking the temperature, and that’s how I think about this. What is the temperature of our society around what we’d put in front of them when there’s a dark cloud in the air?”

The teaser, released this morning, shows Lopez applying lip gloss in a mirror before a presumable thief nabs what appears to be a diamond-encrusted coffee cup. Adweek was told that viewers can expect an “epic” and “provocative” tour of the Hard Rock property with all the hypertension of a signature Michael Bay film.

VaynerMedia created a total of three Super Bowl commercials this year, including the aftermath of the Planters spot and another for Sabra Dipping Co.

“This moment was a really serendipitous moment to come out with an overarching statement for the brand. … You can walk into a Hard Rock and anybody can be there,” said Adam Lock, creative director of VaynerMedia. “They pride themselves on that history and that legacy, and that’s the intention of having an all-star cast for the Super Bowl.”

While neither Hard Rock nor VaynerMedia would share the narrative behind the celebrity-filled spot, it aims to raise awareness to the hotel and casino brand, often overshadowed by the Hard Rock Cafe.

“We’ve designed it to be a story where once the commercial is presented, it has the ability to continue on,” said Jim Allen, chairman and CEO of Hard Rock International. “It’s not just about the Hard Rock logo or ‘come to the Hard Rock Cafe.’ There’s actually a cool story that ties into why we went and spent the money to enter into a relationship with one of the greatest producers and directors in the world, Michael Bay.”

The ad was shot on location at the Guitar Hotel at Seminole Hard Rock, the brand’s newest hotel in Hollywood, Fla. Hard Rock’s cafes and casinos currently have a presence in over 76 countries worldwide.