4 suits have been filed against agency in past year 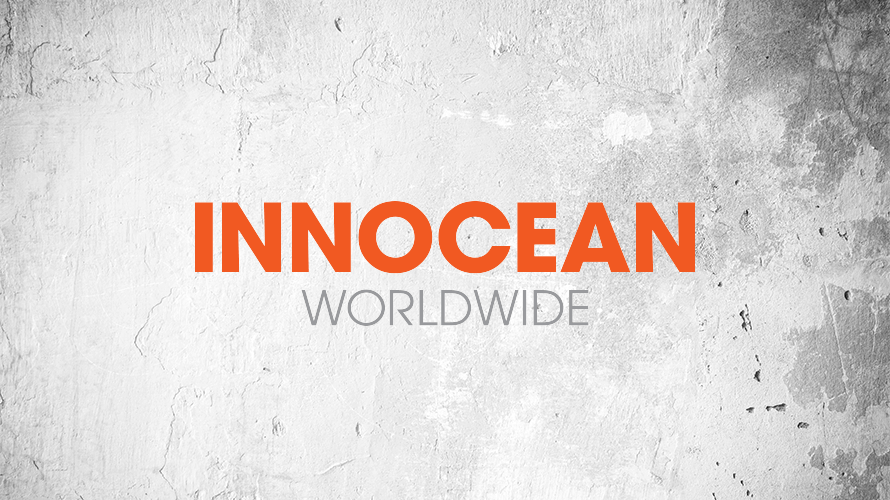 Their claims include negligence, intentional infliction of emotional distress, wrongful termination, gender discrimination and statutory assault and battery. When combined with two earlier suits reported by Adweek in March, four women have now sued the agency over the past year.

Innocean’s lawyers have not filed a response in either case. “Innocean does not comment on active litigation,” said a company representative.

Lawyers for Carol Lombard Seelig, the agency’s former vp and director of integrated production, filed one suit on Aug. 22. It alleges that Seelig was subjected to a hostile work environment by now-former chief creative officer Eric Springer, who is named as a co-defendant in the suit. Seelig also claims that after nearly three years at the agency, she felt pushed out following a medical leave.

According to someone close to the matter, Seelig was replaced by a freelancer named Victoria Guenier, a former colleague of Springer who would later go on to sue him and Innocean for sexual harassment and wrongful termination.

Seelig, described by a former colleague as “well-liked” and respected in the industry, worked at several agencies, including David&Goliath and Y&R, before heading to Innocean in mid-2014 to lead its production team. The following year, she was diagnosed with Laing distal myopathy, a genetic muscle disorder that affects one’s mobility.

The suit claims Innocean’s culture “rapidly devolved into that of a rowdy college fraternity” after the agency brought on Springer as CCO in January 2016 “despite the fact that he was generally known within the advertising industry as a bully.” It alleges that Seelig and other employees were “pressured to engage in excessive alcohol use” at events, that Springer repeatedly demeaned her by loudly demanding that she explain why she had to walk with a crutch, and that he had a habit of making “demeaning comments about women generally.”

Specifically, the suit mentions the internal Velvet Hammer award, which Springer created soon after taking the job and allegedly named in reference to a slang term describing a sexual act. (Urban Dictionary lists several definitions, ranging from a sex act to a female leader who is good at her job).

A former Innocean employee told Adweek the award was “supposed to recognize those who had gone above and beyond to push through innovative work.” The object itself, which stood on display in the office lobby, consisted of an upside-down purple hammer. Adweek’s source and the lawsuit claim that multiple employees, including Seelig, objected to the award as a sexist, phallic symbol and suggested its name and appearance be changed.

A party close to the agency provided the image below. 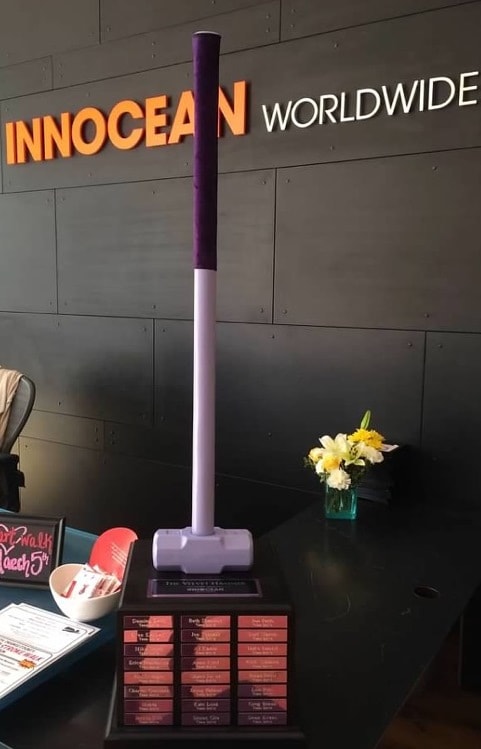 According to the suit, Springer did not respond well to this criticism and “retaliated against [Seelig]” by changing her job duties to require more travel in addition to “demand[ing] that she attend an all-night production immediately prior to a business trip to Chicago.”

Seelig claims she reported this incident to HR, which declined to investigate. She went on short-term disability leave in May 2016 to seek treatment for her condition and eventually resigned from Innocean in February 2017 “due to the hostile work environment imposed upon” her, according to the suit.

Springer declined to comment for this story. He and the agency agreed to part ways after the Guenier case was settled in July.

Seelig is asking for unspecified damages due to emotional distress, disability discrimination and negligence.

Allegations of assault and battery