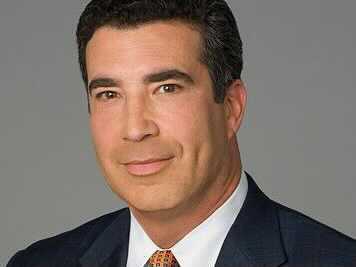 WPIX gm and vp Bart Feder will leave his post on Jan. 29, he said today.

Feder, who has spent most of his career in television newsrooms, was hired as the svp of news in 2015 by Tribune Broadcasting. Once Tribune was bought out by Nexstar two years ago, he shifted into the general manager and vice president role at PIX11.

The decision was a personal one, he said.

“I honestly believe that for the station to truly thrive it needs a general manager who is committed to this job for the long term,” Feder wrote in a letter to staff. “You deserve nothing less and I know deep down that it’s not me.”

The station has not yet named a new gm and vp.

You can see Feder’s full letter to the staff below.

Hope everyone had a safe and fun New Year’s holiday. Welcome to 2021!

Seems like yesterday but it was almost two years ago that I stepped in to lead PIX11 –while still serving as head of news for Tribune. It was February of 2019, our ownership situation was still uncertain and I wasn’t sure how long I’d be in the job – it was supposed to be temporary. But then one thing led to another…

So here we are now, in a new year, with ownership issues settled for good and long-term stability at hand. I honestly believe that for the station to truly thrive it needs a General Manager who is committed to this job for the long term. You deserve nothing less and I know deep down that it’s not me. To quote Broadway’s Alexander Hamilton “there are a million things I haven’t done” and this feels like the right time for me to get started on that list.

Tim Busch and the leadership team at Nexstar/Mission have been gracious in accepting my decision to step aside at the end of the month and I’m confident they will recruit a great GM to lead PIX11 into the future. As you all heard from Perry and Tim in the town halls, the company is all-in on providing the resources and support needed to compete effectively in the #1 market for many years to come.

You all know that PIX is the station I grew up watching and was the first place I worked in television. It has been an absolute privilege to work with all of you, especially during this most challenging of times. As I looked at the ratings for the Yule Log and Honeymooners Marathon it made me smile knowing the place this station has in the hearts of this market and what it means to be New York’s Very Own. We now do more news every week than any broadcaster in town, and we continue to distinguish ourselves not just for the quantity, but for the quality of our content and marketing on all platforms. Fingers crossed that baseball will be back in the spring and “Two Teams – One Station” will matter more than ever to viewers and advertisers.

There are so many of you who I haven’t actually seen in person since March! So strange! I have such appreciation and admiration for the perseverance and dedication all of you in every department have shown, whether coming in every day or working from home. Things WILL get better in the months ahead.

No goodbyes today. I’ll still be around until January 29th and look forward to assisting with the transition over the next four weeks and helping get the new year off to a great start.

Stay safe and well.. and of course, in touch.