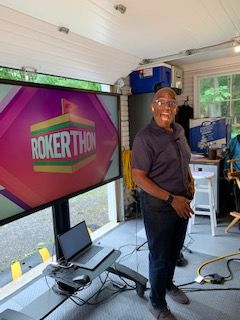 The Covid-19 pandemic did not spoil the return of Rokerthon, the beloved competition that came back to the Today show this morning after a three-year hiatus.

For these Rockerthons, NBC News’ weather anchor endeavors to set new Guinness World Records. In 2014, Al Roker set the record for longest continuous weather cast. In 2015, he set the record for forecasting the weather in each of the 50 states in just one week, and in 2016, Roker did his first Blizzard Rokerthon.

The 2020 edition of Rokerthon, The Great American Sandwich Relay, featured 69 world-famous chefs making sandwiches. Roker and friends attempted to set a new Guinness World Records record for the most people in an online sandwich-making relay; and they were successful in that attempt.

This year’s festivities kicked off at 8:30 a.m. ET, and wrapped up at around 1:15 p.m. ET, when Roker set the world record for “most people in an online sandwich-making relay, live on Today show’s new streaming channel Today All Day, which can be found on NBCU’s Peacock service.

Sixty-nine chefs participated by making a sandwich and sharing a recipe on screen with Roker, including:

So what exactly were the rules? In order to qualify, at least 50 chefs needed to build an original sandwich on screen, with less than a minute break in between each one (meaning, when one chef finished, the next one had to start within 60 seconds). Plus, to qualify as a sandwich for the purposes of this title with Guinness Worlds Records, there must have been at least two traditional or classic ingredients, not including condiments, placed between two slices of bread. To count toward the total, each person in the relay must have compiled a sandwich that meets these criteria before the next participant began.

Throughout the relay, Roker and his chef friends sought to raise awareness for those living with food insecurity, and viewers were encouraged to donate and learn more about Feeding America and World Central Kitchen. 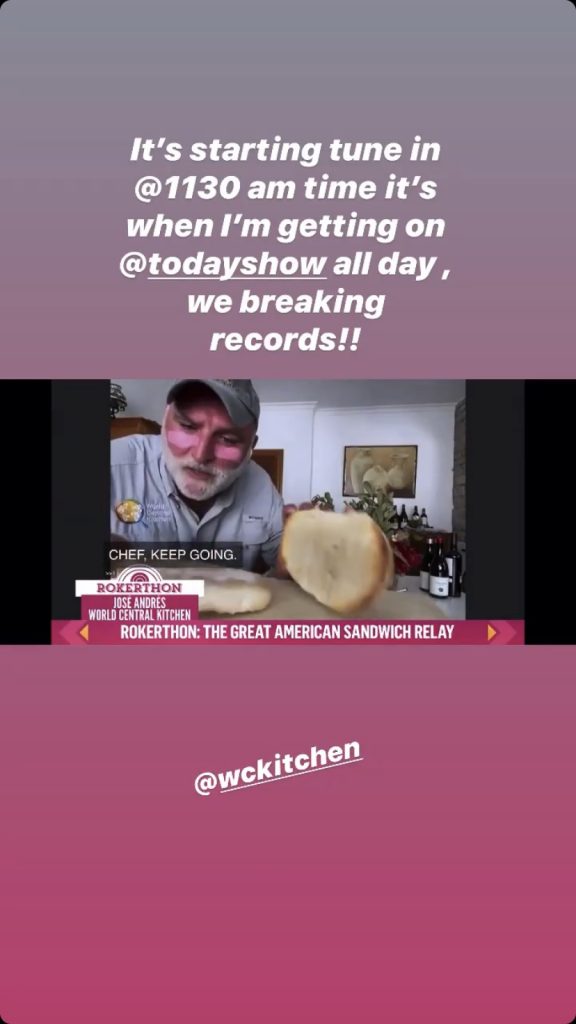