A quartet of NBC News executives are earning promotions.

Haeringer is a longtime NBC Newser who spent 19 years at the network before leaving in 2016 to executive produce Vice News Tonight. She returned to NBC three years later to run the news division’s short-lived partnership with Quibi. Rodriguez joined NBC News from CNN in December 2014 after a 3-year stint as CNN’s VP of programming. In addition to svp of editorial, Rodriguez served as the exec in charge of NBC News’ streaming service NBC News Now (which she will continue to do). She previously served as chief of MSNBC dayside.

Leist was most recently the executive producer of Today’s flagship 7-9 a.m. ET hours, taking on the pivotal role after the exit of Don Nash in 2018. Prior to ep’ing the legendary morning show, Leist had been senior producer of the 7 a.m. hour for 5 years. A politics veteran, Leist was the former Washington producer for the Today show. The 19-year NBC veteran has also been Andrea Mitchell’s State Department producer and was a senior producer on MSNBC’s The Daily Rundown. 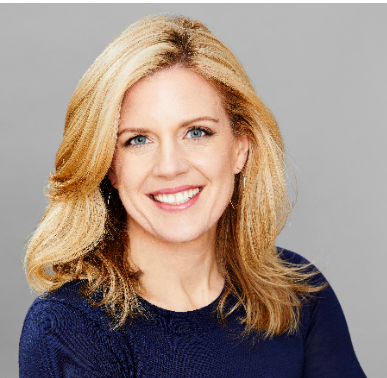 Mazzarelli is losing the “co” title, and will become the executive producer of the Today show. Beloved by his staffers, “Mazz” joined NBC News and Today as a co-executive producer in 2013 after a run as senior broadcast producer for CBS This Morning.

Ashley Parrish, who ran Today’s digital efforts for 6 years, “will now shift her attention to the strategic growth of the brand and to more responsibility across the organization.”

I want to share some more exciting team announcements.

As you know, we’ve been working hard to break down the silos in our organization and better position ourselves for the changing ways in which our audience consumes NBC News content. Toward that end, Libby Leist will be building on her incredible success as Executive Producer of TODAY by taking on responsibility for the TODAY brand across all platforms. As SVP, NBC News & TODAY, Libby will now oversee all TODAY editorial programming on television, digital and streaming, working to expand this iconic brand’s reach and impact.

With Libby’s promotion, I’m also pleased to announce that Tom Mazzarelli has been named Executive Producer, TODAY, overseeing the 7a, 8a, and 9a broadcast. Tom has been with TODAY a cumulative 14 years and the show could not be in better hands.

Ashley Parrish, who for six years has so capably led the TODAY digital newsroom, now shifts her attention to the strategic growth of the brand and to more responsibility across the organization. Ashley will work alongside Libby focused on driving our business – expanding our product offering, diversifying our revenue, connecting key partners with award-winning custom content and continuing to lead our fast-growing commerce efforts. Stay tuned for more to come in this area.

Additionally, Madeleine Haeringer will be taking on a new role, SVP Editorial, guiding our editorial efforts across the division. In that capacity she’ll directly oversee our Business & Technology, Climate, Health, and Race & Inequality units, as well as the cross-platform initiatives that Megan Rafferty will be running. Madeleine will also work with Studios on long form and be the editorial leader for our growing Audio business.

Janelle Rodriguez, as SVP, Nightly News, NBC News Now & Breaking News Specials, will continue her exceptional work overseeing all those critical pieces of our organization. It is hard to overstate what Janelle has accomplished with NOW, especially, building a new “network” from scratch, with quadruple digit audience growth in the past few months, and ambitious plans for even more programming in the year to come.