NEXT:November 2020 Ratings: MSNBC Earns Its Most-Watched Month Across the 24-Hour Day In Network History
PREVIOUS:Kara Swisher Remembers When a Source Told Her Katie Couric Was an 'Anchor Monster' 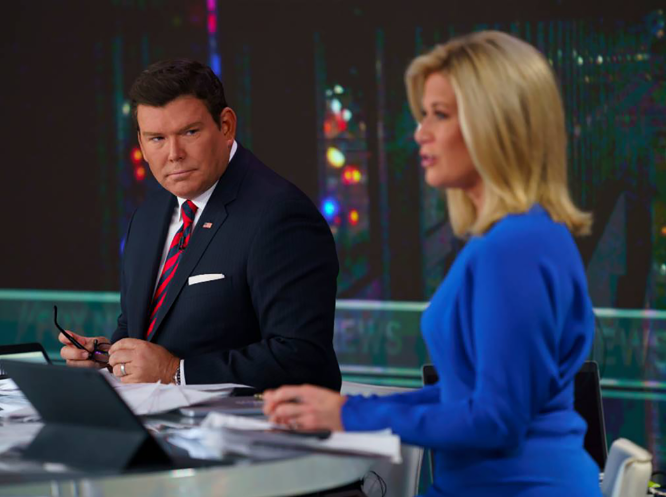 FNC posted viewership growth from November 2019. which one should expect. The network was +41% in total prime time viewers, +97% in the prime time demo, +22% in total day total viewers, and +59% in the total day demo.

We expect ratings dominance from Fox News. However, there were some choppy waters last month. Fox News averaged fewer adults 25-54 than CNN in November, and the network lost viewers from October. Its news programming in the afternoon and early evening saw some losses after Nov. 7, as many Fox News diehards were angry at the network’s news division for its accurate decision to project the state of Arizona for Joe Biden on election night 2020.

In fact, compared to October 2020, a non-election month but a record-setting month for Fox News, the network was -20% in total prime time viewers, -15% in the prime time demo, -15% in total day total viewers, and -4% in the total day demo.

Additionally, Fox Business ended the month of November by posting double-digit year-over-year growth across key dayparts in both total viewers and A 25-54, while also delivering the most-watched business program on television: Lou Dobbs Tonight.

The Five was the 3rd-most-watched regularly scheduled cable news show for November, followed by The Ingraham Angle.

And despite noise around Newsmax’s 7 p.m. hour, The Story with Martha MacCallum still won the 7 p.m. timeslot in all categories over the cable news competition, averaging 2.8 million viewers and 654,000 in the key A25-54 demo for the month of November.