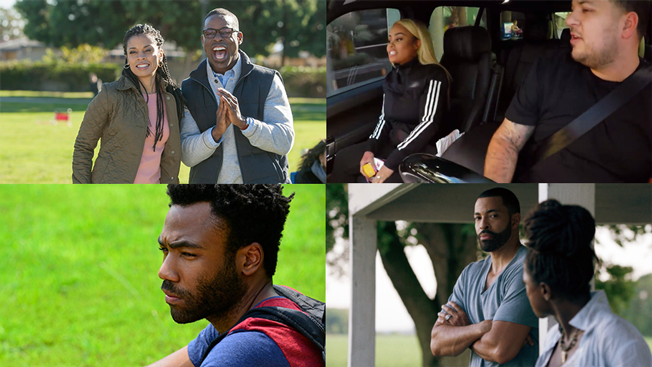 The premiere of This Is Us was as big of a hit on Facebook and Twitter as it was in the ratings.

The NBC drama is the top-rated new show in the 18-49 demo this fall and was the first freshman series to receive a full-season order. It also topped all new fall series in Facebook and Twitter interactions on opening night, according to Nielsen social content ratings released this morning.

The Nielsen data, which looked at social media interactions around new shows that premiered between Sept. 1 and Oct. 9, found that there were 383,000 interactions across Facebook and Twitter the night of This Is Us' premiere. The E! reality series Rob & Chyna came in second with 290,000 interactions, followed by OWN's Queen Sugar (209,000), FX's Atlanta (196,000) and ABC's Designated Survivor (130,000). Nielsen defines interactions as both original Facebook posts or tweets about a TV program (with classifiers including the title, actors, official and unofficial hashtags and other program-related keyword combinations) and replies, retweets, shares, likes or comments to other tweets or posts. The social content ratings measure activity from three hours before the broadcast through three hours after (local time).

Millennials interacted with TV program-related Facebook content that week (41 percent of overall interactions) almost as much as 35- to 54-year-olds did (42 percent). Adults 55 and up accounted for the remaining 17 percent. Women were responsible for 59 percent of TV activity on Facebook during that week.