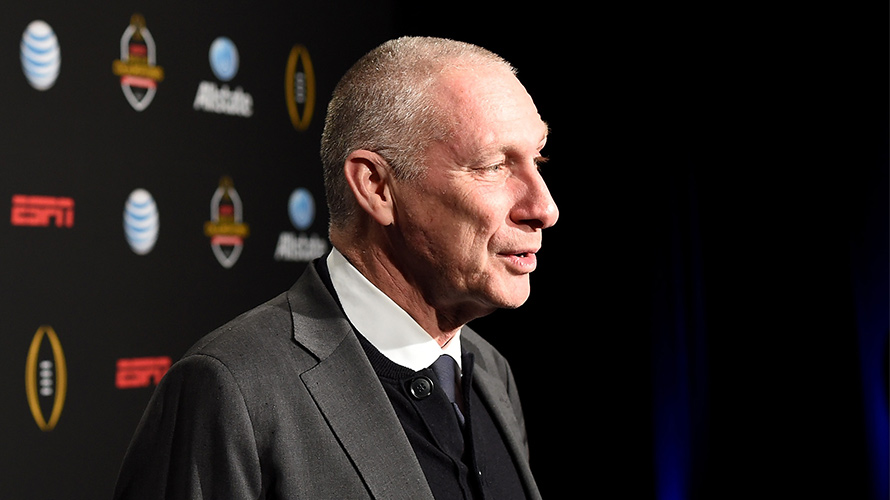 George Bodenheimer, ESPN’s president from 1998 to 2011 and its executive chairman until May 2014, is taking over at acting chairman of ESPN for the next 90 days as Walt Disney Company  chairman and CEO Bob Iger searches for a replacement.

Today I have resigned from my duties as president of ESPN. I have had a wonderful career at the Walt Disney Company and am grateful for the many opportunities and friendships. I owe a debt to many, but most profoundly Michael Lynton, George Bodenheimer and Bob Iger.

I have struggled for many years with a substance addiction. I have decided that the most important thing I can do right now is to take care of my problem.

I have disclosed that decision to the company, and we mutually agreed that it was appropriate that I resign. I will always appreciate the human understanding and warmth that Bob displayed here and always.

I come to this public disclosure with embarrassment, trepidation and a feeling of having let others I care about down.”

ESPN has faced controversy and upheaval across the network.

Just days earlier, Skipper held a 450-person staff meeting at the network’s Bristol, Ct.-based headquarters, which focused on the health of the company, the future of the network and the launch of its own standalone streaming service next year, ESPN+. Network executives also used the opportunity to address what’s become an increasingly problematic area for ESPN on-air talent, namely, their use of social media.

The network, which some viewers accuse of having a liberal bias, didn’t suspend Hill for that particular tweet, but suspended her for two weeks in October for being a repeat offender after suggesting a boycott of NFL advertisers during the height of the anthem kneeling controversy.

The company suspended ESPN personalities and former NFL players Donovan McNabb and Eric Davis, who host shows on ESPN Radio, last week after they were named in a lawsuit claiming they sexually harassed an employee at the NFL Network.

In addition to the sexual harassment allegations and political problems, ESPN has been having well-publicized issues when it comes to its general business model. The way people consume television content is rapidly changing, and ESPN has been hit as hard as any outlet. ESPN has been negatively impacted by declining subscription revenue and cord-cutting in recent years, and the network has also been forced to spend billions of dollars on TV rights deals with the major pro sports leagues and college conferences, including a 10-year, $15.2 billion deal with the NFL in 2011; a nine-year, $12 billion deal with the NBA; and a $7.3 billion deal for the NCAA college football playoffs.

These changes in the sports media business has forced ESPN to layoff hundreds of employees over the past few years, including on-air commentators, anchors, journalists and behind-the-scenes staffers.

Despite all of these issues, ESPN remains the go-to destination for sports fans, and is the No. 1 basic cable network in prime time in 2017 among adults 18-49.